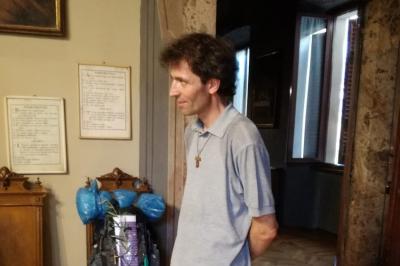 VATICAN CITY – Pope Francis paid homage to a murdered priest calling him a “martyr of charity” as he concluded his weekly general audience before a small crowd at San Damaso courtyard on Wednesday.

He was speaking of Father Roberto Malgesini, 51, who had been stabbed to death Tuesday morning in Como by a homeless man he had helped.

The pope led the faithful in prayer for Father Malgesini “and for all the priests, nuns and lay people who work with people in need and those rejected by society.”

The assailant, a man of Tunisian origin with mental health problems, turned himself in to police following the attack in the Lombard city.

Known as “the priest of the dispossessed,” the local foreign community rushed to the murder scene in tears, Italian media reported

“When we needed help, he was the one we turned to,” one person said.