“We Are Who We Are”: Life in a Slice of America in Italy 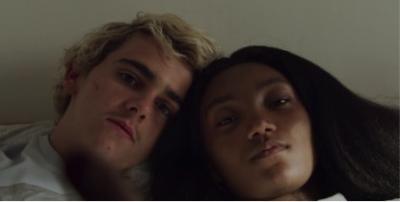 It’s not easy to transition from the big screen to the small screen - perhaps the smallest, considering today’s viewing habits - is not an easy task. Yet Italian director Luca Guadagnino has apparently nailed it with his HBO drama “We Are Who We Are”. The director’s work has been controversial, to say the least - his feature film debut, the 1999 movie “The Protagonists” was almost universally bashed by critics, while his 2017 romantic drama “Call Me by Your Name” was nominated for an Oscar and a BAFTA (and collected an entire bouquet of awards from various film festivals).

His latest work, “We Are Who We Are”, is his first foray into serialized storytelling. Based on an idea by Paolo Giordano (who also co-wrote the series), it tells the story of two American kids living on a military base in Chioggia in 2016. The series explores topics like coming-of-age, friendship, love, and identity, all in a pretty unique, immersive, sometimes visceral way.

Landing a job as a colonel at a US military base in Italy may feel like hitting a jackpot for Sarah (Chloe Sevigny) who lives with her wife Maggie (Alice Braga) and his son Fraser (Jack Dylan Grazer). But Fraser is not happy about this major life change: the introverted 14-year-old must leave his “perfect” life behind and move half a world away. He doesn’t seem to find his place until he stumbles upon Caitlin (Jordan Kristine Seamón), who will become his companion in his adventure navigating through teenage life.

Focus on the kids

While the story does tell a lot about the situation of Sarah and Maggie, as well as Jenny (Faith Alabi) and Richard (Kid Cudi), Caitlin’s parents, ahead of the ominous 2016 presidential elections, the focus is not on them - the parents fade into the background as the story progresses. Instead, it focuses on the kids wasting their time in the humid Italian summer. Which is, in turn, a wasted opportunity.

What the critics are saying

Like many other works signed by Guadagnino, “We Are Who We Are” is a bit divisive at times. The apparent lack of plot is seen as a major flaw by some and promising by others - the characters don’t seem to be fixed, indulging themselves of the constant fluidity of life as a teenager instead. Some call it less a film and more poetry, as far from a traditional TV show as it can be. Viewers praise it especially for the director’s attention to detail and masterful way of immersing the audience into the lives, chaotic as they are, of a bunch of teenagers discovering the world around them.