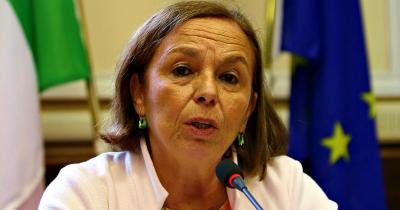 During her brief Algerian sojourn, Ms Lamorgese will discuss the unprecedented Covid crisis, restrictions due to the pandemic, the security situation in Libya and the struggle against organised crime, which organises part of the flow of African migrants to the Maghreb and toward southern Europe, the sources said.

Ms Lamorgese recently told Parliament that all relations between Italy and Algeria are good, including those involving her ministry. She added that talks will be carried out in a frank, sincere and constructive dialogue.

Illegal emigration from Algeria to Italy is “growing but not very high, difficult to control because many crossings are autonomous,” she continued. “The real problem is not the figures of those arriving but Covid,” she told the media, underlining the need to quarantine anyone arriving in Italy from Algeria.

In this context the Italian minister has often praised the Algerian security forces for their tough policies against ruthless people smugglers who bilk migrants of massive fees for the perilous trip to Italy.

The Algerian Government will for its part underline the need to analyse the migration question in a global way, to manage it case by case while conserving the dignity of those Algerians involved, and on the need for bilateral collaboration to identify migrants scrupulously so that they can be repatriated, using the latest technology.

Algiers also wants to revive, after the Covid emergency ends, the idea of an Erasmus programme for Mediterranean universities so as to create educational exchanges financed by Algerian businessmen who want to establish contacts with Italy.

The two delegations also are expected to stress the need to put into practise the agreement memorandum drawn up in 2009 on cooperation and development, the struggle against illegal immigration and slavery and contraband, and the reinforcement of frontier security. They could add significant further clauses suggested by Algerian President Abdelmadjid Tebboune and Italian Prime Minister Giuseppe Conte, diplomatic sources say.

Against this background observers noted that Ms Lamorgese had a long meeting last week ahead of the visit with Algerian Ambassador to Italy Ahmed Boutache who she assured that the Conte Government considers its partnership with Algeria a strategic advantage and important achievement, that eveything will be done to galvanise such constructive energy and direct it toward the common good of the two nations. 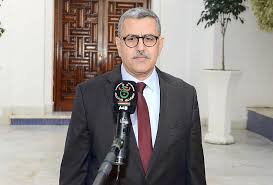