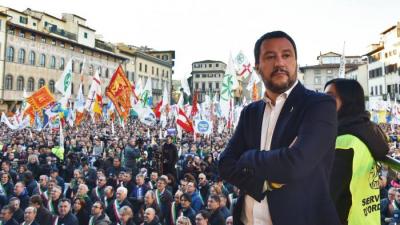 MILAN – A former bank director has told a Milan court the anomalous “movements” by League party-linked accountants on the records of Taaac!, a Milan-based company that provides film production services, were unlike any he had seen in his 30-year career, Italian media reports.

“These are transactions without valid economic reasons that, beyond the amounts, I have not seen in my entire career,” said Marco Ghilardi, former director of the UBI bank branch in Seriate, Bergamo, testifying before a Milan prosecutor. “And I worked in a bank for almost 30 years.”

Albert Di Rubba and Andrea Manzoni, two of three accountants linked to Matteo Salvini’s League party, were put under house arrest for alleged fraud for the sale of a property for the Lombardia Film Commission at an allegedly inflated price.

In the minutes of July 22, the witness spoke of the rounds of money circulating through ‘Piu voci,’ the association of which the treasurer of the League Giulio Centemero was the legal representative, and of the fact “Di Rubba had asked me to open the account of Radio Padania and the regional associations of the League.”

Mr. Ghilardi, a longtime friend of Mr. Di Rubba said the accountant “lied to me in order to achieve his goals.”

“He always spoke to me of a non-profit association (‘Più voci’), for cultural purpose, completely disconnected from the political world. In reality, bank transfers of a significant amount have also been transferred to this account, due to banking practices which are irrelevant to the to the associative nature.”

Mr. Ghilardi told investigators the opening those accounts did not go through because it was not well regarded on the upper floors of the credit institution, given they were accounts registered to political associations.

Last May, Mr Ghilardi received disciplinary action from UBI because he failed to report a series of suspicious transactions attributable to accountants Di Rubba – also a former president of the Lombardy Film Commission – and Manzoni.