Farewell to ITS San Giorgio flagship 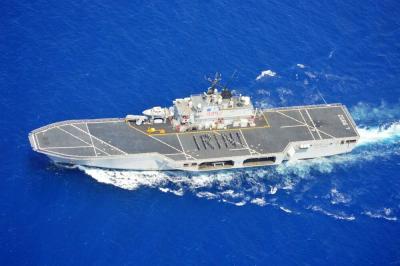 APULIA – “We are very proud of what you are doing and we continue to thank you and your Member States for granting such a professional contribution to our Operation”. With these words Admiral Fabio Agostini, EUNAVFORMED Operation Commander, greeted in Brindisi the Italian Navy Ship San Giorgio and the Force Headquarters staff on September 2 during the farewell ceremony of Irini’s Flagship that is going to be replaced by ITS Margottini.

The new Italian Flagship will be the headquarters of the Force Commander, Admiral Ettore Socci, and his staff, until mid-October. From October 19, Greece will take over the command at sea, while the Italian Admiral Fabio Agostini will continue to guide the Operation from the headquarters in Rome.

During the ceremony, Admiral Fabio Agostini gave Irini’s medals to some of the ITS San Giorgio’s crew members as recognition of their committed and professional contribution provided during their assignment to the Operation.

The training of Libyan Coast Guard and Navy

During his visit in Puglia, Admiral Agostini explored the possibility offered by the Italian Navy to train Libyan Coast Guard and Navy. This task of the Operation Irini is pending the political decision from the Libyan counterpart about a dedicated agreement. Following the path opened by EUNAVFORMED Sophia, which successfully trained about 500 Libyan officer, petty officers and sailors, Admiral Agostini went to Mariscuola Taranto (Navy petty officers school), Maricentadd (Navy’s Aeronaval training centre), Comdinav due (Command of the second Navy division) and San Marco Brigade (Marines infantry Unit) in order to discuss the possible courses. As Operation Sophia did, the intent is not only to build the maritime capacity of Libyan Coast Guard and Navy in order to be able to grant security in the proper area of responsibility at sea but also to save human lives with particular attention to gender issues and human rights.

During these four months, Operation EUNAVFORMED Irini patrolled the central Mediterranean and performed more than 600 hailings and nine friendly approaches (visits onboard of merchant vessels). It monitored not only suspect vessels at sea in more than 10 ports and landing points, but also noticed – monitoring 25 airports and landing strips – more than 80 military flights or possible military-related air cargos going back and forth to Libya. Operation Irini has been contributing to UN arms embargo with 14 special reports to the United Nations Panel of Experts concerning both sides of the conflict in Libya. In that way it proved its impartiality. These results were also possible thanks to SatCen (European Union Satellite Centre), which provided more than 200 groups of satellite images in response to Irini’s requests.

An important step for Operation EUNAVFORMED Irini will be the second Force generation Conference, which will be held mid-September in Brussels. In that occasion all Member States are called to give more assets and personnel to the Operation. 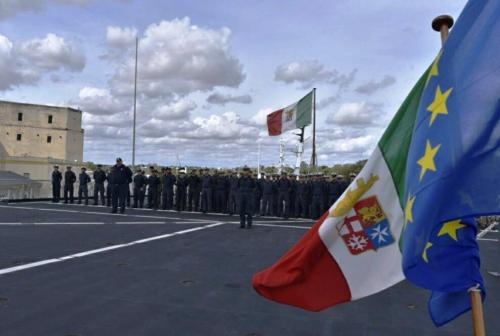