Berlusconi in hospital with ‘pneumonia’ symptoms 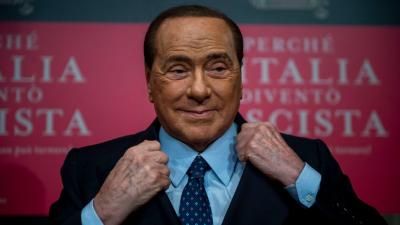 ROME – Silvio Berlusconi, 84, who has led four different Italian governments as Prime Minister, has been taken to hospital in Milan for potential “bilateral pneumonia”, according to his staff.

Berlusconi had announced on Thursday that he had tested positive for Coronavirus and on Thursday night he arrived at the San Raffaele hospital in Milan for a CAT scan. Reportedly, the scan showed up traces of “bilateral pneumonia” and the Forza Italia leader is to remain in hospital, according to Forza Italia senator Licia Ronzulli “There was a need for a little precautionary time in hospital to monitor the course of his Covid-19.”

On Thursday, in a series of phone calls and interviews carried out in his campaign for the regional elections, Berlusconi admitted to feeling “a bit weak”. A statement from his party Forza Italia revealed that Berlusconi had contracted the virus after both his daughter and son tested positive. Now Berlusconi’s partner, Marta Fascina, a 30 year-old MP for his party Forza Italia, has also contracted the virus and is isolating in their villa in Arcore.

The number of new positive cases of Coronavirus rose to 1,397 with ten dead in the last 24 hours in Italy, according to statistics from the Italian Department of Health. The scientific organisation the Gimbe foundation reported that the number of people in intensive care with the virus has risen by 62 per cent in the last week. No region in Italy declared zero new cases of Coronavirus with Lombardy announcing the highest number of 228 and Campania and Lazio having second and third most with 193 and 154 new positive cases respectively.

It has also been announced that entries into Norway from Italy will be required to quarantine for ten days from Sep. 5 according to a press release from the Norwegian Foreign Affairs Ministry. Travel to Italy, as well as Slovenia, is now advised against in the Scandinavian country “in the light of the weekly evaluation of the Norwegian Institute of Public Health on the situation of Covid-19,” according to the press release.