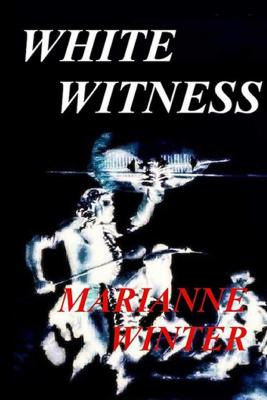 ROME - Resident of the Eternal City, Marian Winter’s, 'White Witness’ is an account of her South African upbringing. It begins with a historical survey of the initial English and Dutch colonies’ different zones, the arrival of African tribes, the Boer Wars and the imposition of Apartheid by Afrikaaners linked to the Calvinistic Dutch Reformed Church.

The book brings out the complexity of the society with many ethnic groups of diverse traditions and 11 official languages. What this meant on the ground is illustrated by Winter’s personal story.  Born into an English–Irish family, she was part of the white elite but was one of those members who believed the society’s diversity was an opportunity to enrich it.  Her beloved father, in charge of a government radio and telegraphy station, was open to the Afrikaans and other ethnic communities.  She had the same outlook.

She had an idyllic childhood spent to a large extent in the extensive grounds of her home and did her secondary schooling as a boarder at a school of the Dominican Order nuns.

After completing the course, she wanted to study music at the University of Cape Town but her mother, a teacher, did not want her to leave Durban.  Proving her determination, Marianne studied violin and piano at home for two years.

Then, with the support of her elder brother who had just returned after  graduation at Cambridge University, she convinced her mother to change her mind and entered the prestigious music Faculty at Cape Town university.  She studied hard but also led a bohemian life with other students who wanted an open, multi-ethnic and multi-cultural society.

The pretty blonde began to acquire a reputation as singer in both opera and musicals.  She portrays effectively an old Polish countess, an opera star before fleeing the Communist regime, who taught her much.

But the Nationalist Party progressively tightened its control and censure. It imposed constant teaching of the story of the Boers’ great Trek, to ensure autonomy from British colonial control, to the detriment of other aspects of South Africa’s history and of European history also.   It made Apartheid ever more divisive with restrictive laws in  many spheres.  It dominated the bureaucracy and administration. She considered Nationalist South Africa  a ‘golden box with a padlock.’

She adds that it was frustrating for those whites who wanted a different South Africa that the outside world, largely because of its media, lumped all whites there as abusers of blacks.

‘British television filmed distorted truths. Robert Kennedy came and films were shown of how the Africans loved him, but not that his aides were throwing money to the black children running behind the car-cavalcade with outstretched hands.  It disgusted us and furnished “truth”- to pro-Apartheid supporters…we felt helpless.’

Despite her growing artistic fame, she was told she would never be allowed to perform on the national radio network. With other banned artists she continued to perform, sometimes in the homes of sympathisers, because many theatres were denied to them.

Finally she accepted the advice of friends that she should head to Europe. She left regretting that her country had lost an opportunity to become an exemplary, open society but looked forward to fulfilling her artistic potential in Europe’s free societies.  But the South African security police were active also in Europe. That is another story which could make a revealing sequel.