Giulio Regeni’s lawyer, Ibrahim Metwaly to be released from prison 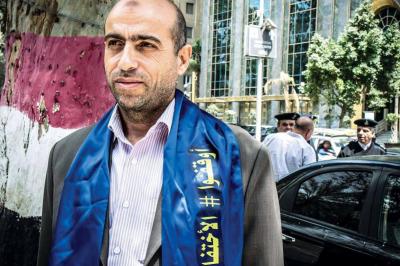 ROME – The Cairo Penal Court on Thursday signed an order to release Ibrahim Metwaly Hegazy, Egyptian lawyer of the Regeni’s, from jail where he has been since 2017.

Metwaly, 53, was placed in the Tora jail in Egypt on Sep. 10 2017 when he was stopped at the airport travelling from Cairo to Geneva for a UN conference on human rights. Metwaly had taken a leading role in the investigation into the death of Italian Cambridge student, Giulio Regeni, whose body was found on the motorway between Alexandria and Cairo on Feb. 3 2016. It is hoped that within a few days to a week, the release of Metwaly will come into effect, although given previous events in the matter caution is high. Particularly seeing as the same Cairo court had signed off on Metwaly’s liberation on Oct. 14 2019, but between this and its effectuation the General Prosecutor condemned him with charges related to insurrectional motives and presumed terrorism, keeping him in prison to this date.

The Egyptian government originally arrested Metwaly on charges of conspiracy with foreign subjects to damage national security and publication of false statements and his foundation of and involvement with the group ‘Families of those disappeared in Egypt.’ There is high interest in what duties Metwaly might have to fulfil in order to be released, although il Fatto quotidiano reports that it seems they should not be too invasive. Citing the measures followed by photographer and reporter, Mahmoud Abu Zeid ‘Shawkan’ who had to spend 12 hours a day in a police station for five years after his release in 2018, il Fatto reports that Metwaly may have to visit the police station in his place of residence twice a week.

Metwaly had reported to his lawyers that he was tortured with kicks, electric charges on the body and other forms of violence in the days after his 2017 arrest. The prison of Tora, where he has been held, is infamous and both Patrick Zaki and Alaa Abdel Fattah are currently incarcerated there. Metwaly was kept in an isolation cell for the majority of his time in detention.