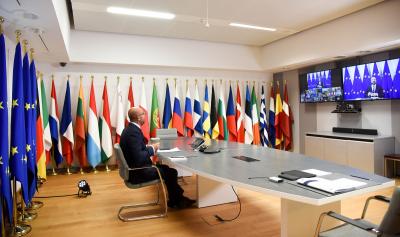 ROME - The members of the European Council held a video conference on Wednesday, Italy being represented by premier Giuseppe Conte.

They discussed the situation which unfolded in the aftermath of the presidential elections in Belarus on August 9. EU leaders also addressed developments in the Eastern Mediterranean and in Mali.

As the elections in Belarus were neither free nor fair, and did not meet international standards, the EU does not recognise the results presented by the Belarus authorities. Therefore the European Union stands in solidarity with the people of Belarus, and do not accept impunity. The protests in Belarus are not about geopolitics but about the right of the people to freely elect their leadership.

Leaders condemned the violence against peaceful protesters and the EU expects a complete and transparent investigation into all alleged abuses. They affirmed that civil society and opposition actors must be protected from arbitrary arrests and violence.

The EU will shortly impose sanctions on a substantial number of individuals responsible for violence, repression, and election fraud and call on the Belarusian authorities to find a way out of the crisis through an end to violence, de-escalation, and an inclusive national dialogue. Only a peaceful and democratic process, underpinned by independent and free media and a strong civil society, can provide sustainable solutions. All parties, including third states, should support such a process.

The EU fully supports proposals within the OSCE (Organisation for Security and Cooperation in Europe) for dialogue in Belarus, and is ready to provide assistance to further them.

Some member states raised the issue of the recent deterioration of the situation in the Eastern Mediterranean and the relations with Turkey. EU leaders expressed full solidarity with Greece and Cyprus and reaffirmed previous conclusions on the illegal drilling activities by Turkey. They agreed to revert to the issue during the European Council meeting in September.

Leaders also discussed the recent events in Mali and their destabilising impact on the region and on the fight against terrorism. The EU calls for an immediate release of prisoners and restoration of the rule of law. 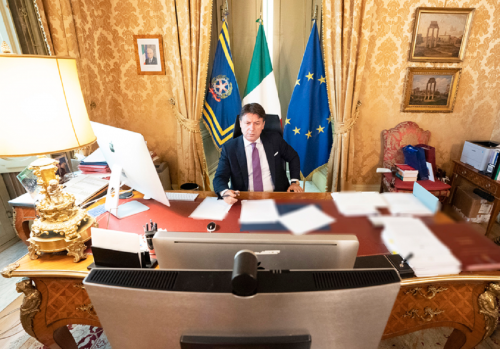 Premier Conte during the teleconference
World