Lebanon on the edge once again 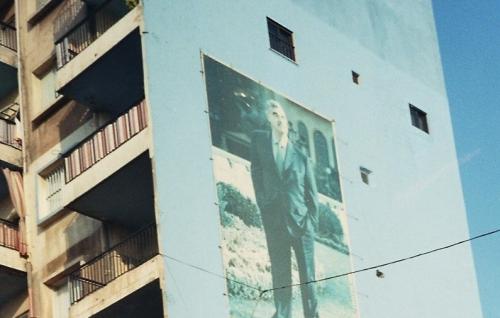 Hariri recalled on a Beirut street

ROME — Disagreement over an international tribunal investigating the murder of Lebanese Prime Minister Rafiq Hariri has brought down a Beirut government. Was this a case of Western meddling in a sovereign nation’s internal affairs, of seeking the truth, regardless of what effect it may have on a country? Was it ending impunity for horrific slayings or an attempt by the West to weaken what it sees as a potential threat?

Lebanon is a byword for contradictions, a tiny, strategic state based on confessional lines led by a foreign-educated billionaire son of a man whose assassination was allegedly planned by the Islamist, pro-Iranian party Hezbollah, which has been in the government coalition alongside the aforementioned son for the past few years.

For the West, the spectre of Hezbollah, led by a bearded cleric who received a religious education in Qom and resides in Beirut’s poorer Shia districts — and not the city’s restored downtown Disneyland of Solidère - has long loomed ominously large over any discussion on the country’s affairs. Saad Hariri, on the other hand, was born in Saudi Arabia, educated at a prestigious business school in the US and is the son of former prime minister Rafiq, from whom he inherited not only billions but also political leadership of the Future Movement. A ‘man we can trust,’ so to speak.

In May 2008 I visited the country, a full three years after the Feb. 14, 2005 assassination of the then prime minister Rafiq Hariri, but the latter’s visage was still to be seen on billboards and posters around Beirut, while that of the Hezbollah leader Hassan Nasrallah made their appearance on the road out of the capital going south, alongside posters of the many teenage martyrs of the 2006 conflict with Israel adorning virtually every corner in the southern city of Tyre. There is a monument to Hariri near the Beirut seafront marking the location of the blast which killed him and 22 others, guarded by beefed-up Lebanese men in slick suits, ever on their cell phones with glances darting from side to side warily.

Image building, as anyone with the slightest perception of how Obama, Putin and Berlusconi were elected, weighs more heavily than any other factor in politics. Saad Hariri has built his on his father’s reputation and international connections, Nasrallah on that of being at the head of the country’s ‘saviour’ from virtual destruction at the hands of its southern neighbour in the Israeli 2006 invasion.

When dining in Beirut in May 2008 the day before a scheduled strike, a teenage waiter suggested in undertones that it would be better for me to get out of town tomorrow, wherever – Baalbek, Tripoli – go and do some sightseeing, he said, just don’t stay in the city. When questioned why, he just said that it was better, and slipped away. Normally I would have stuck around the following day to see what, if anything, was to transpire. However, that time round I was on a tight schedule and had been planning to cross into Syria for a few days, and was therefore out of the city at 6 a.m. the next morning in a roughed-up makeshift, collective taxi heading towards Damascus.

After a day in Damascus without hooking up to the internet, the next morning I was told by a Syrian youth working at the hotel reception that on no account could I get back to Beirut that evening, that the border had been closed off. Thinking I had misunderstood his mixing of Arabic and English, I queried further, and met with a response of ‘’Fire, Fire!’’, and ‘’Don’t you watch TV?’’ On that, I was off to see about how to get back in…and did, after a morning of haggling and coaxing taxi drivers across desert land to a border with chuckling border guards who waved me through while pointing out that 100 M down the road there were men toting submachine guns and blocking the way via setting tyres on fire. Luckily, the driver of an off-road vehicle ‘loaned’ to me by a Lebanese-born, Dubai-residing woman doing all she could to get out of Lebanon (the driver had to get back to East Beirut anyway, as major areas of West Beirut along with the airport had been taken by armed Hezbollah fighters) avoided them by driving up over the curb and onwards … though getting through the mountain roads to seaside Beirut involved being turned back at other byways blocked by pro-government militias and teenagers, more tyres afire and huge stones rolled out, allegedly to keep Syria from sending in reinforcements to Hezbollah, as all hell was expected to break loose. Having found a steep, one lane-road with only a minimal ‘barricade,’ I cut my hands removing rocks being piled up by virtual children, who let themselves be swayed by my driver’s explanations of being on their side long enough for us to get through, noticing through the rear-view mirror their scurrying to roll the rocks out to block the road once again after our vehicle and a few others who had been in front of us got through.

The driver spoke no English, nor did the Syrian woman who was the one to eventually convince the taxi driver and police to let us out of the western taxi rank in Damascus for the road to the border, and who was the other passenger in the car. An unexpected feeling of exhilaration seemed to take precedence over any sort of foreboding or fear (except on the face of the woman fleeing back to Dubai) — a release, all the pent-up tension finally coming to the surface, almost as if they had all been prepared exactly for this. My Arabic was basic, but the tones, the cadence, the energy were palpable.

On finally arriving back at my now-deserted hostel with the exception of the brothers who own it, a correspondent for the Brazilian service of the BBC (who had stayed overnight there since his flat was on the other side of town, and who was tapping away furiously at his laptop) and a few soldiers with whom I shared some Arab coffee, I got a bit of a better view on the situation before getting my things together and heading out for Tripoli on the last bus going north a few hours later.

The government had ordered the dismantling of Hezbollah’s telecommunications network and decided to fire the airport security chief at the Rafiq Hariri International Airport (formerly the Beirut International Airport, it was controversially renamed in honour of the slain former premier in June 2005: evincing yet again how central the man was to the Lebanese collective identity), accusing him of connections with Hezbollah and of allowing the latter to set up spy cameras within the airport. Hezbollah, which enjoys a great deal of popular support to the extent of being able to mobilize tens of thousands in a very short time, in no small measure due to the social services network it has established – hospitals, schools, etc. for the poor, refugees and families of young men killed in fighting and so forth – as well as a radio and satellite television station, reacted by taking over most of West Beirut and the airport.

Once in the northern Lebanese city of Tripoli, I stopped by a restaurant I had been introduced to on a trip from Beirut a few days before by a local. Leaving my bag while waiting for the first food I was to have that day to be prepared, I went looking for a local newspaper, somewhere, anywhere, in Arabic – information to be deciphered later with a dictionary and an Arabic-speaking friend, essential for a different view on situation, as well as an excuse to go about the streets unencumbered by luggage before heading towards the border and a wait expected to be lengthy before being allowed back into Syrian territory and onwards to Aleppo, then to Istanbul overland. The TV sets set up on street corners and in coffee houses (the only type of establishment open, all others had been shuttered in wariness of what was to come), all showed images of Nasrallah with his turbaned head, wide bespectacled face and booming voice, with men gathered round to soak up his words and gauge what might be the result.

Having bought the previous day’s paper from what seemed to be the only newsstand open in the city, and by now lost, the boy waiter suddenly appeared, tugging gently at my arm for a mere second before lithely, quickly ushering me back through the winding alleyways to the restaurant, seeing perhaps for the first time that day a look of pure fear on this young boy’s face.

Overall, the conflict saw at least 71 people killed (including an Australian) in two weeks of fighting during which Hezbollah crushed Saad Hariri’s weak militia, forced his party’s television station off the air and burned two of his movement’s buildings.

Then the situation calmed down, and the concern that this – the largest civil conflict since the woefully destructive 1975-1990 civil war – would also spiral into chaos and bloodletting on a major scale, dispersed. Meetings in Doha May 21, 2008 brought in a power-sharing agreement and a national unity government, including veto power and 11 seats in the government for Hezbollah.

However, the Special Tribunal for Lebanon, set up by agreement between the United Nations and the Lebanese Republic and marking the first time a UN-based international court is to try a ‘’terrorist’’ crime against a specific person, has led to fresh tensions. Reports that Hezbollah-linked individuals would be put on trial resulted in Hezbollah’s demand that Lebanon refuse to endorse the tribunal’s findings. On meeting with a refusal, 11 members of parliament linked to the Hezbollah-led March 8 Alliance resigned Jan. 11.

Now, the government which came into being as a result of the Doha Agreement has fallen, an indictment has come in which must still be confirmed by the pre-trial judge, and then names will be made public over the next few months. The trial is due to start in September, but beforehand much is sure to be brewing.

The Lebanese are multifaceted, multi-confessional, multi-leaning, and factional to an extreme. But they are by no means ineffectual whiners, they are fighters and businessmen. That may be their hope, or their downfall. I prefer to think the former. 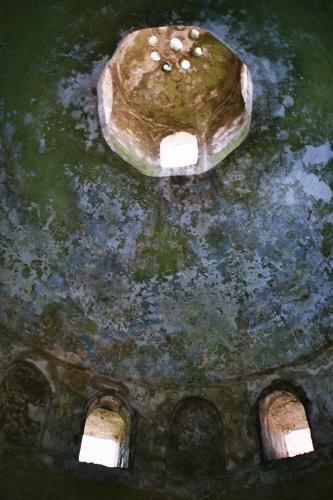