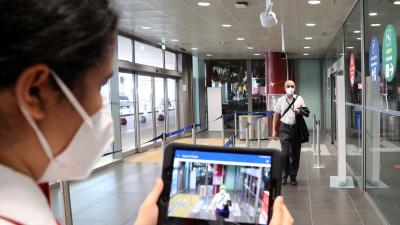 ROME – There have been 523 new cases of Coronavirus in Italy while arrivals from Greece, Malta, Spain and Croatia will have to take a quick test that regions are struggling to supply.

Around 10,000 Italians are set to return from those four countries, but the new rules, outlined on Friday by Minister for Health Roberto Speranza, may differ depending on the region in Italy. The new regulations for those four “at-risk” countries apply to anyone who has stayed there in the 14-days before their entry into Italy even if they simply travelled through the country.

Further uncertainty revolves around the testing to which the arrivals will be subjected with three potential methods being flouted. The president of the region of Tuscany, Enrico Rossi has stated that he will impose free tests for those re-entering Italy from abroad. Meanwhile in Puglia, regional president Michele Emiliano has ordered a mandatory quarantine for those returning from Malta, Spain and Croatia after 40 cases are reported to have entered from those countries in the last four days.

For those coming into the region of Lazio from the four countries outlined in the new decree, a test will be required to be taken within 48 hours of arrival, although not in the airport itself.

Another form of testing that are required will be a form stating a negative test for coronavirus in the 72-hours before entering Italy. While waiting for a test, it will be necessary for those entering from those countries to be isolated.