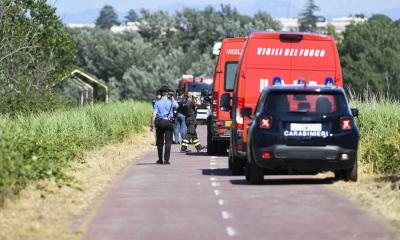 CUNEO – A Land Rover with nine people on board careered off a road in Cuneo on Tuesday, five of the passengers, all under the age of 25, have died, police say.

The catastrophe took place a little after midnight, in the region of Piedmont, as the group were driving back from Alpe Chastlar, a panoramic viewing spot, where they had spent the evening looking at the stars.

The 24 year old driving the car, named as Marco Appendino, was killed as well as siblings Nicolò and Elia Martini, 17 and 11, Camilla Bessone, 16, and Samuele Gribaldo, 14. The other four passengers were also injured and two were taken by helicopter to a hospital in Turin in a serious condition, reports Il fatto quotidiano.

The reason for the crash is still unknown, although there are reports that the car was found 200 metres from the road, having rolled down a steep cliffside. The Land Rover is supposed to hold five passengers and a driver, Corriere della sera states that there were nine people on board, three more than authorized.