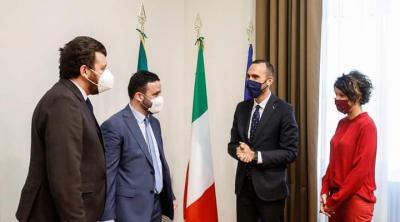 The reception followed a meeting between Algerian ministers and Italian representatives involved in the start-up industry which took place earlier that day to bolster relations between the nations and develop the sector.

Yacine el Mahdi Oualid, minister for Knowledge, Economy and start-ups arrived in Italy to advance the start-up sector in Algeria and across Africa, opening up Algeria to the European market through Italy and to support Italian businesses in creating new markets in Africa.

Oualid said in an interview to Agenzia Nova, “The meeting with the representatives of the Italian government and of the start-up ecosystem has been very important for us. Start-ups are a very important topic for us in Algeria, the only country in the region which has a ministry entirely dedicated to the sector.”

The Algerian delegation were welcomed by Manlio di Stefano, undersecretary of Foreign Affairs, and Paola Pisano, minister for technological innovation and digitalization. Together they discussed the new initiatives and projects underway to strengthen the co-operation in the field of start-ups and digital innovation. The Algerian ministers also visited Luiss Enlabs of Rome, the biggest start-up accelerator in Europe.

Minister Oualid, also highlighted that Algeria is Italy’s first partner in the region with regards to the start-up sector, adding “We are looking at the reinforcement of relations with Italy.” Oualid, at 26 the youngest member of the Algerian government, pointed out that Friday’s meeting was likely the first in a series to be organised.

The minister revealed that currently there are around 4,000 start-ups in Algeria, having developed one of the most dynamic start-up ecosystems in the region over the last few years. Oualid has promoted various startups in the sectors of cloud-computing, information security, digital marketing and digital intelligence, underlining that “Africa is a very important market and Algeria is probably the best option Italy has to create a new market for start-ups in the region.” 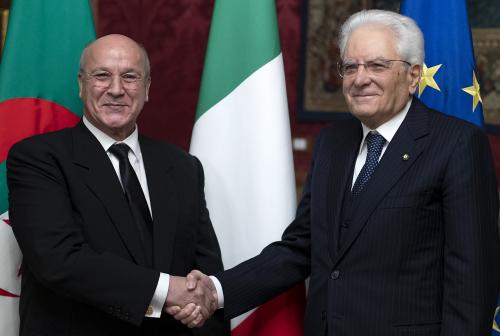