Italy to extend Coronavirus state of emergency until October 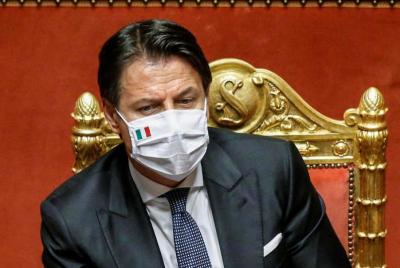 ROME – Italian Prime Minister Giuseppe Conte announced on Thursday an extension until October 15 of the period of emergency due to the Coronavirus pandemic.

After the Senate approved the measure on Wednesday night, Conte spoke to Italian parliament to outline the reasons for the decision. The Prime Minister declared that “It would be incongruous to suspend the efficacy of the adopted measures while the emergency is not over.”

Conte still has to wait for the approval from the Chamber of Ministers on Thursday evening, although he is expected to succeed. Speaking to the Senate on Wednesday the Prime Minister attempted to secure support, stating “The virus continues to circulate.”

On Thursday Conte hit back at criticism from opposition parties, particularly leader of Lega, Matteo Salvini. He accused the opposition of “sowing confusion among the population” and rejected claims the extension demonstrated a “liberticidal attitude.”

If Conte wins the vote in the Chamber of Ministers, the period of extension will entitle the government to adopt country-wide measures to tackle any future outbreaks. Conte asserted that he did not wish to adopt “new restrictive measures but, if necessary, to uphold those minimal precautionary measures that are allowing us to live with the virus.”