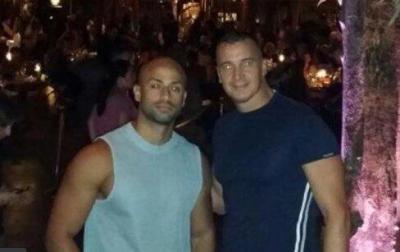 ROME -- The head spokesperson for Italian Prime Minister Giuseppe Conte is facing questions over his alleged involvement in a money-laundering probe. Rocco Casalino, Conte’s chief spin doctor and member of the Five Star Movement, has been scrutinised after a warning was raised to the Bank of Italy about the recent trading of his Cuban ex-boyfriend. La verità, the newspaper run by the risk manager of a large banking group, Maurizio Belpetrio, broke the story on Saturday.

In the piece, La verità states that the trading of Casalino’s ex-partner has been highlighted to the office of anti-money laundering of the Bank of Italy. Jose Carlos Alvarez, the man in question, is alleged to have moved around 150,000 euros on a stored-value card, according to the newspaper La verità. This large sum contrasts with the financial income of Alvarez at the time and the article alleges that the bank itself lodged the warning with the Bank of Italy. The majority of this money was supposedly spent on online trading websites.

After the story came to light, Casalino, 48, and Alvarez, 30, appeared in a joint statement where Casalino said that his ex-boyfriend’s situation degenerated into a case similar to “gambling addiction.” Casalino called Alvarez “a victim of online trading,” saying that he had lost 18,000 euros after starting to trade online during the lockdown period, as reported in Il Messaggero. As a defence against suspicion of a conflict of interest, Casalino stated that “Alvarez has never bought Italian stocks or stocks linked to the government’s activity.” Casalino added that the only payments to Alvarez’s card from him were small sums between 20 and 100 euros for household upkeep or to send to his mother in Cuba.

In the statement, Casalino and Alvarez say that the 18,000 sum came from a 25 thousand euro savings fund that Alvarez planned to use to start a new sushi bar. Casalino said that he had intended to make a small investment in this project which has now been set aside. With regards to the figure of around 150,000 euros Casalino defended himself claiming that it stems from the constant movement of the smaller sums in and out of the card.