The myth of the frugal North and profligate South 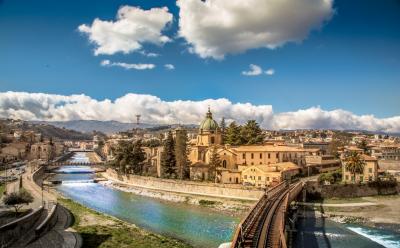 ROME - I wonder when we will stop referring to the Netherlands, Austria, Denmark, and Sweden as the Frugal Four? I can think of a few other F-words that would more adequately describe them: False, Fastuous, Faithless, Forgetful, Fustilarian, and Feckless. That’s leaving out the obvious, political f-word and the offensive slang f-word.

The problem with the word frugal is that it immediately implies its opposite – prodigal – impugning the rest of Europe, but primarily the South. It grants the fusty North the moral high ground in a complicated economic discussion that involves all of Europe and furthers an age-old stereotype of Mediterranean countries as lazy and spendthrift. Even though an economic stimulus deal finally has been struck, unusually this time with the aid of Germany, it is watered down from what the rest of Europe wanted. Those four countries are still being referred to as frugal, though, when the truth is really that frugality has nothing to do with their attitude towards Southern European countries.

The real problem is that these four are committed to a false view of the situation, namely, that the economic crisis facing all of post-Covid Europe is some sort of morality play in which the frugal north worked hard and saved its pennies while the profligate south lived high on borrowed money. Never mind that as some of the smallest countries in the EU they have benefited more than many of their European partners from both their position within the European market and from Europe’s trade deals across the planet, or that their fiscal policies inflated Spain’s housing bubble and helped to drive Greece into further and further debt.

The south is profligate: that is their story and they are sticking to it, in much the same way they stick to their deck chairs on the Amalfi Coast. Northern tourists are known for getting up very early and putting their towels on the best-positioned deck chairs at the beach or the pool and then going back to bed. It is a useful way of seeing North/South relations. Some may say it is industrious – early bird gets the worm and all – but others may find it culturally blind or just plain rude.

Northern voters wrongly believe that they are on the hook for southern irresponsibility, largely because this is what their governments have told them. This attitude is not only a result of growing nationalism and European skepticism. It is a centuries old problem with roots in the 18th century Grand Tour.

In my last book, The Legacy of the Grand Tour, I argued that the tradition of the Grand Tour continues to influence the way people travel and the destinations they choose. Rome was the destination of the Grand Tour because it represented classical learning, and Paris was an important stop to learn manners and fashion. In many ways, this still holds true today, because if tourists simply want a butter-and-flip vacation they do not need to brave the challenges of Italy, Greece, Spain, and France. They could go to Club Med. But there lingers in the tourist consciousness the idea that travel should be educational in some way. One should combine pleasure with cultural enrichment.

One could also argue that ideas of the South that originated on the Grand Tour still influence the way the European North views the European South. They continue to descend in droves to Mediterranean, fully believing that its past is its glory. They are enamored of its history, its warmth, and its love of life, while looking down their noses at a culture that seems to enjoy itself too much. Its food is too good, its wine is the best in the world, and its sense of fashion in nonpareil. They must not know how to save money if they are enjoying life so much, and they certainly don’t appreciate their own history the way Northerner’s, who have studied it in school, do.

The literature of the Grand Tour is littered with racial stereotypes of Southern Europeans as lazy, usurious, and untrustworthy. Southerners are usually greedy innkeepers, lazy guides, and decadent nobility, or they are aesthetic, part of the landscape as carefree shepherds and singing gondoliers. If they do anything to break out of those roles, they are somehow represented as ridiculous.

Henry James thought that the workers restoring churches in Venice were meddling with the haunting decadence of the city. In E.M. Forster’s Where Angels Fear to Tread, his protagonist, Philip Harriton, is appalled that his widowed sister-in-law has fallen in love with a dentist’s son during her trip to Tuscany. Philip loves the Italian “folk,” but when he hears of her engagement, he laments, “A dentist in Fairyland! False teeth and laughing gas and the tilting chair at a place which knew the Etruscan League, and the Pax Romana … all fighting and holiness, and the Renaissance, all fighting and beauty!” Forster is satirizing the idea that the North has of the South, which is that Italians should know their place and not modernize. They should stay rooted in the glorious past, so they can shield “lovers” of the South from disappointment when they visit.

Viewing the South through Northern eyes locks people in the Mediterranean into an infantilized role that risks its own nationalistic response to Northern condescension.

These stereotypes die hard, but it is essential to the European project that we work to overcome them. The South is not profligate. It has a history that managed its economy in different ways, but its citizens work hard and pay their taxes. The North is not frugal. It benefits from tax and trade advantages that even Ursula von der Leyen has said are unfair. It claims the benefits of socialism for its own citizens and demands austerity for everyone else. We are all Europeans. We either support that mission together or we all fail.

Lisa Colletta is a contributing columnist and travel writer for the Italian Insider. She is Professor of English at the American University of Rome. 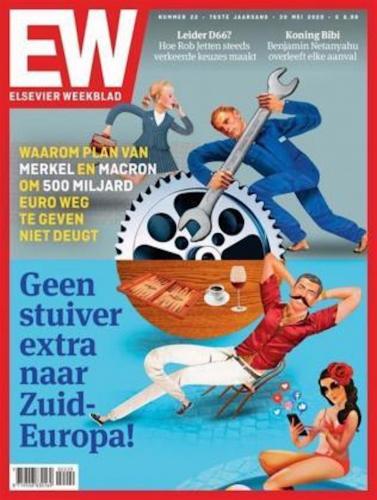