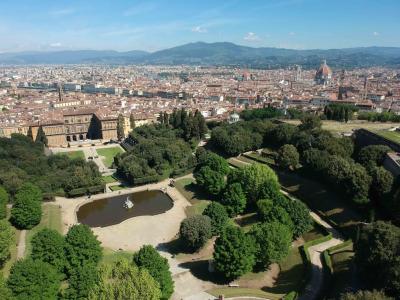 FLORENCE – ‘The ReGeneration Festival’ from young British producers from the University of Oxford, London, and the Royal Conservatoire of Scotland, will put on the annual event ‘Florentine New Generation Festival’, and the ‘Mascarade Opera Studio’. The event will be put on by the Uffizi Galleries, with the exhibition promoting the talent of emerging young artists in the fields of music, bel canto, theatre, and visual arts. The creater is one Maximilian Fane, the director and producer, Roger Granville, with Frankie Parham the producer of theater and cinema. ReGeneration “wants to be the beginning of a new restart,” explained the British promoters jointly.

The festival will present for the first time at the Boboli gardens, from Aug. 26 to Aug. 29, with free admission, opera, concerts symphonic, jazz, and chamber music. There will be space for 500 spectators.

The festival will open with La Gioachino Rossini's Cinderella. The staging, mounted in Prato delle Colonne, has the size of that of the Bolshoi Theater in Moscow. The cast of singers will wear clothes from the costume designer Anna Maria Heinreich. At the end of the main show, the jazz pianist Dan Tepfer will perform.

The director of the Uffizi Galleries, Eike Schmidt, spoke of how the Galleries were strengthened by the occasion, and that “this has happened thanks to ReGeneration Festival: a great event that will enchant the garden of Boboli in the week in which, among other things, has the anniversary of the coronation of Cosimo I to Grand Duke of Tuscany.”

Reserved seats will be given in tribute to health personnel and to those who have operated on the front line during the coronavirus emergency.

Social distancing measures will be in place, and those wishing to attend can reserve their place from Aug. 17 on the New Generation Festival website.