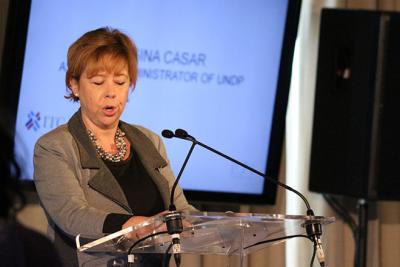 Gina Casar while working at UNDP

ROME – The return of doughty Mexican hungercrat Gina Casar to the World Food Programme has divided the agency between legions of supporters and detractors as she evidently gears up for a new battle with an old rival, Sudanese Deputy Executive Director Amir Mahmoud Abdulla, widely seen as head of the old guard at the world’s largest humanitarian organization.

A colleague who worked with Ms Casar in 2013 at the UN Joint Staff Pension Fund (UNJSPF) in New York, where the Mexican accountant was briefly a Representative of the Secretary General, recalls her agitating for the Fund to buy more Mexican bonds but a majority of decision-makers rejected her advice, arguing the fund already had bought too many of the ‘borderline’ stock.

“She wanted us to buy lots of them. We had been buying them for a couple of years and they had been doing beautifully but we were very overweight.”

The same source recalled Ms Casar making a ‘colossal loss’ with donor trust funds when she worked earlier as a senior financial executive at the WFP in 2009 in the aftermath of the 2008 global crash.

However a well-informed source at WFP told the Insider that Mr Abdulla, aka ‘the pasha,’ was largely responsible for the financial woes of the agency in 2008, inherited by Ms Casar subsequently to clean up.

“The pasha was transferred from his Regional director for southern Africa post to become wfp’s chief financial officer in 2008,” the source told the Insider, “the mess was under his leadership. They made a mess of finances and particularly donor trust funds, he placed his competent friends there …”

“She came later. And inherited the mess ...”

“According to the report of the external auditor the total negative returns on investments was dlrs 9.6 million for 2008 under Amir.”

Ms Casar was brought back to WFP recently in as a Special Advisor to the Executive Director as part of the leadership group to analyze the situation (through surveys, consultations, presentations to the EB, etc) in view of staff discontent and ED concerns, to propose solutions.

The ED now evidently wants her in the post permanently with added responsibilities. It was advertised on 2 July, in line with standard procedures, the closing date is July 25. But some old hands are worried she will stay.

In another development meanwhile, Executive Director David Beasley praised over 1000 staff who he said had volunteered to replace weary far-flung staff in the field in hardship assignments that have been made harder by the Covid crisis.

Mr Beasley in a memo to staff said: “Last week, we asked WFP Global Headquarters colleagues (Rome HQ, Regional Bureaux, and WFP Offices), to step up so that our colleagues in the field can finally get some respite – and the response has just been tremendous. Within 24 hours of the message going out, 860 people had signed up and as of today, that number has risen to 1,440.“

“Part of what makes WFP so unique is that everyone always has their duffel bag packed and is ready to answer the call to action at a moment’s notice. When an emergency hits and other people are leaving, we stay and we deliver – doing whatever it takes – on behalf of the people we serve. That is WFP, and that is who we are." 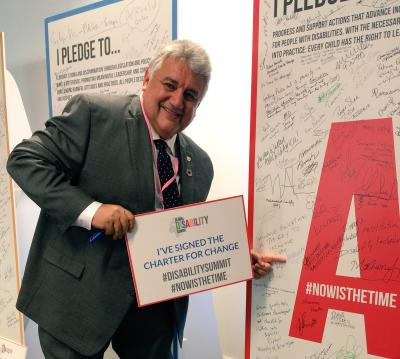