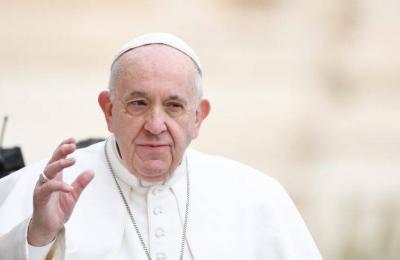 ROME – During the mass celebrated on the seventh anniversary of his visit to Lampedusa, the Pope Francis attacked the “hell” of the detention centres on the African coast, and spoke about his experience listening to a translator who felt compelled to give him an abridged version of the suffering the migrants had endured, such as it was. Francis spoke about the experience from Casa Santa Marta, during a meeting with migrants who arrived in Italy after the crossing of the Mediterranean.

Speaking on Wednesday, the pontiff attacked the “culture of well-being" in the Western world, which “leads us to think of ourselves, makes us insensitive to the cries of others,” calling it the “globalization of indifference.”

Santi’Egidio, the lay Catholic organisation based in the eternal city, have supported the pontiff’s message, stating that there are men, women, and children who must be saved in the name of the culture and civilization that founded Europe.

“We cannot remain indifferent to the situation that has been created for some time in Libya and of which, as Francesco says, we have only a ‘distilled’ version here in the Northern hemisphere and even less today in the crisis dictated by the pandemic,” read a Sant’Egidio press release.

“We therefore call on the Italian government to promote a European initiative to quickly save those who are victims of this modern slave trade.”