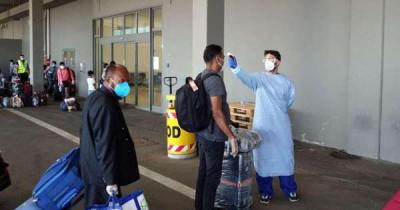 ROME – Flights from Bangladesh to Italy have been suspended for a week following a “significant number of positive cases” on a flight from Dhaka, according to a statement from the Italian Minister for Health, Roberto Speranza. There were 36 positive tests carried out on arrival, with one in eight testing positive, and several more with temperature changes with yet more results waiting to come in, report Il Messaggero.

Those who landed on Monday were brought to the Covid Center in Casal Palocco, and the others either remained isolated at home or in a hotel rented out by regional authorities. The regional health councillor, Alessio D'Amato, has said that: "We have defused a real 'viral bomb',” as quoted in Il Libero Quotidiano.

The Minister for Health’s decision to suspend flights was taken with Italian Foreign Minister, Luigi Di Maio, reports AIG. “Quarantine for those who come from non-EU and non-Schengen countries is already confirmed,” Speranza wrote on Facebook on Tuesday. "But after all the sacrifices we’ve made, we cannot afford to import infections from abroad. It's better to keep following the line of maximum caution.”

Expert investigators in the Lazio Region have calculated that in the last few weeks about 600 unaccounted positives will have arrived from Bangladesh and from other countries with high virus circulation, according to Il Messaggero.

In the past few days, other cases of confirmed positive cases from Bangladesh have been confirmed for a total of 39, and the President of the Region, Nicola Zingaretti, had already signed an order that passengers from Bangladesh had to undergo testing on arrival, reports Il Post.