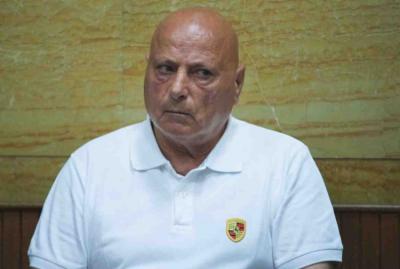 ORGOSOLO – Graziano Mesina, 78, recently sentenced on charges of international drug trafficking for a 30 year jail term, has disappeared after the Court of Cassation rejected the appeal filed by his lawyers, according to judicial sources. Sardinia's famous bandit was a hero in the 1960 and 1970s for his supposedly anti-capitalist kidnappings and daring prison breaks. The so-called former 'scarlet pimpernel' was didn't go to the police station on the afternoon of July 2 as he was meant to, and had vanished from his home by the time the Carabinieri turned up.

First, officers searched the homes of his the two sisters, Peppedda and Antonia, and have begun interrogations. With no sign of Mesina as of Sunday, Carabinieri have tightened controls around the town where he was living and extended checkpoints around the greater Nuorese area, with patrols and law enforcement trucks, according to local media reports.

Arrested seven years ago as the alleged head of a drugs gang, Mesina was first sentenced to 30 years in an appeals trial in Cagliari in 2018. According to the DDA of Cagliari Mesina was the head of two criminal groups in Sardinia, reports Il Fatto Quotidiano.

Graziano Mesina was first arrested for illegally carrying gun and insulting public officials in 1956. He was 14 years old. Mesina went on to spend years in prison, and years in and out of print, reports Gazzetta Di Regio.

He had been pardoned by ex Italian Prime Minister Carlo Azeglio Ciampi in 2004, which was revoked in 2016 before the appeals trial in Cagliari in 2018.