The Sole Luna Doc Film Festival is one of the main actors in the promotion of independent cinema and young emerging directors. PHOTO CREDIT: Luca Vitello/Sole Luna

ROME – The Sole Luna Film Festival, which will run from July 6 to July 12 at the historical site of Santa Maria of Spasimo, will also screen this year’s competing films on the festival’s official website. With the Covid-19 crisis meaning that for safety reasons, masks will be mandatory for those attending the festival, and all staff will be equipped with safety devices.

‘Youth’ and ‘Archives’ are the keywords for the 40 screenings in 2020. The concept of ‘Youth’ was inspired by the dreams and bravery of young generations who are currently fighting for freedom of speech and human rights, while ‘Archives’ uses images and memories from the past to show how humanity shall use these tools to reinvent itself after the pandemic.

The seven-day festival kicked off with the Palermo 1953 event, a Sole Luna 2020 premiere in collaboration with Filmoteca Regionale Siciliana (CRICD) and the Brass Group, Scuola Popolare di Musica. Special concerts by young students from the Scuola Popolare di Musica will also open the screenings at each day. The concerts start at 8:30 p.m. and finish at 9:00 p.m., when the films are exhibited.

Competing documentary films include: ‘Comrades’, by Kanas Liu, which pictures the Hong Kong protests against the extradition bill; ‘La nostra strada’, by Piero Li Donni, which talks about the relationship between adolescence and suburbs through the stories of four 13-year-old girls in the Zisa district of Palermo; ‘Ayana’, by Aidana Topchubaeva, which tells the story of a little girl from Kyrgyzstan who wants to be a member of kok boru (the warriors’ national sport); ‘Another paradise’, by Oliver Magis, which looks at the exiled community of the Chagos Island British colony; and ‘On a le temps pour nous’, by Katy Léna Ndiaye, which brings to the audience the fight for freedom of expression in Burkina Faso through the story of the young rapper Smockey.

As in previous years, an international jury, made up of directors, film professors, and artists, will work alongside two other juries, one made up of students and one made up of young foreigners studying in Italy, to decide the winners.

The inaugural “Sicilia Doc” section is one of the highlights. Organized in collaboration with the Centro Sperimentale di Cinematografia – Sede Sicilia (CSC) and the European platform Tënk, “Sicilia Doc” is a space dedicated to the students of the documentary film at CSC. Under this section, five documentaries all set in Sicily will be screened.

Attendees will also enjoy a tribute to US director Robert Kramer (1939 -1999), who is celebrated for his commitment in the stand against fascism and in support of refugees. Besides the screening of three of his most politically oriented films – ‘Ice’ (1969), ‘Walk the walk’ (1995), and ‘Berlin 10/90’ (1990) – the audience will also have the opportunity to see few family videos and unpublished footages presented by his daughter, Keja Ho Kramer, who also sits on the festival’s international jury.

Other highlights include the screening of ‘Voices of the rainforest: a day in the life of Bosavi’, by Steven Feld, and the ‘Sguardi Doc Italia’ section which will present some of the most interesting Italian documentaries of the year, such as ‘In un futuro Aprile’ , by Francesco Costabile and Federico Savonitto; ‘Non è sogno’, by Giovanni Cioni; ‘Quando non puoi tornare indietro’, by Leonardo Cinieri Lombroso; and ‘Vivere che rischio’, by Michele Mellara and Alessandro Rossi.

The best feature-length film will be awarded 3000 euros, as sponsored by the Fondazione Sicilia. The best short film will receive 300 euros, offered by the Museo Internazionale delle Marionette Antonio Pasqualino.

There will be honourable mentions for best direction, best cinematography, and best editing. Other awards include the ‘Soudrivemotion Award’ for best sound design and soundtrack; the ‘Students Jury Award’ to one of the feature-length films; the ‘New Italians Award’ for one of the featuring short films, as well as the ‘Sole Luna - Un ponte tra le culture Award’ award and the ‘Audience Award’.

The Sole Luna Doc Film Festival is an initiative of the non-profit association ‘Sole Luna-Un ponte tra le culture’ and was first held in 2006. During its 15 years of running, over 100,000 people have attended the event. 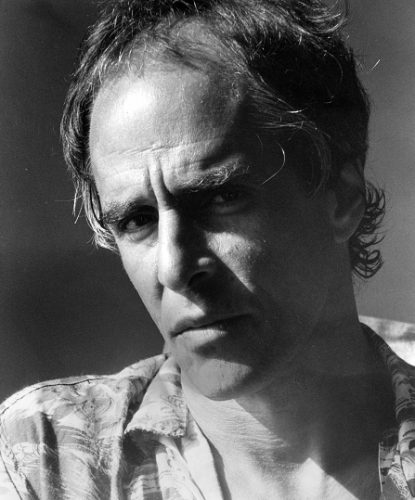