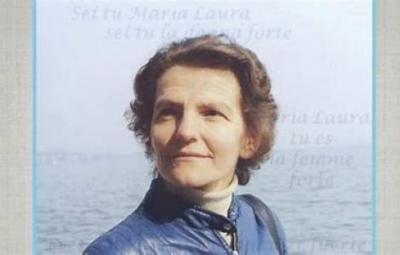 VATICAN CITY – Sister Maria Laura Mainetti of the congregation of the Daughters of the Cross, who was brutally murdered by three girls during a satanic ritual in 2000, has been determined to have been martyred because of her faith, according to Holy See sources. On June 19, Pope Francis authorized Cardinal Angelo Becciu, prefect for the Causes of Saints, to look into a decree for her beatification, recognizing the martyrdom, and stated that she was killed out of "hatred for the faith."

Mainetti, 61, was stunned with by three girls using cobblestones before she was stabbed 19 times. In her final moments, the nun asked for forgiveness for the three young women, reports Il Fatto Quotidiano.

Veronica Pietrobelli, Ambra Gianasso, and Milena De Giambattista, planned the murder in an Italian town on the border with Switzerland. Veronica telephoned the convent using a false name, claiming a rape and asking for help because she wanted an abortion, and Mainetti responded, reports faro di roma.

Although her violent death dominated the newspapers at the time, the three girls, one aged 16 and the others 17, were arrested only three weeks after the attack. They told investigators that they had killed the nun in Satan's name, and were sentenced in 2003. Gianasso received over 12 years, and the two others received over eight, according to La Repubblica.

Sister Mainetti was born in Colico, Lecco, in northern Italy. When she was 20 took her religious vows. In 1987 she then became the head of the Chiavenna community, according to La Repubblica.