Di Maio in Libya to counter mounting threats to unity 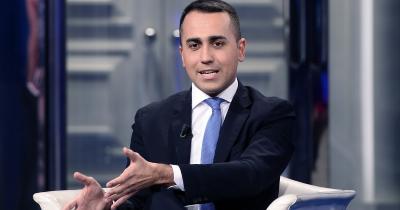 TRIPOLI – To protect Italy’s interests and work to ensure the Libyan conflict doesn't escalate as the competing powers of Turkey, Egypt, and Russia all vie for control, the Italian Foreign Minister, Luigi Di Maio, flew to Libya on Wednesday morning to meet with the head of the Presidential Council of the Government of National Agreement (GNA), Fayez al Sarraj, and other government ministers. Di Maio’s schedule also includes a trip in Misurata, east of Tripoli, where there is a field hospital in the city with 300 Italian soldiers who are offering assistance and support missions in Libya.

Di Maio had announced his intent to fly to Libya on Tuesday while on an Italian television show, but did not specify a date of departure. Italy is the only European country with an embassy in Libya, reopening it in 2017 after the civil war saw the closure of all EU embassies in 2015, with Italy keen to keep channels of communication open given its oil interests and the migration crisis in the Mediterranean.

Backed by Saudi Arabia and the United Arab Emirates, Egypt have been threatening to attempt restore control in Sirte and Al Jufra, which have been deemed as "a declaration of war" by the Libyan authorities, with Turkey’s interference in the region also comdemed by the Arab Leauge in a statement on Tuesday, reports agenzianova.

The unity of Libya is something Di Maio seeks to promote during his latest visit to the country. "Libya partition would open a door to new armed conflicts," Di Maio previously stated at a press conference in Ankara on June 19.