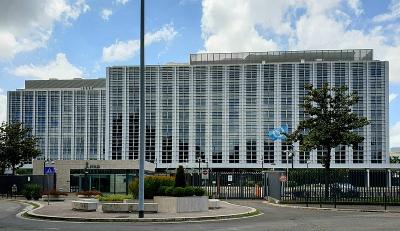 ROME -- The International Fund for Agricultural Development IFAD has defended a decision by President Gilbert Houngbo to recall to the Eternal City employees who had left Italy to work remotely from their home countries because of the Coronavirus epidemic, noting that the crisis has eased on the peninsula.

“The health, safety and security of IFAD employees and external providers is paramount, which is why IFAD is implementing a gradual return to its Rome headquarters in small numbers and in multiple phases,” an IFAD spokeswoman told Italian Insider.

“IFAD’s gradual return to office plan is aligned with the other Rome-based agencies and follows recommendations from the WHO, UN Medical Directors and Italian Health authorities … Currently IFAD has just 50 essential staff working in the headquarters building as part of a phase one plan … numbers will be increase to a maximum of 130 in early July while remaining staff will continue to telework.”

The spokeswoman acknowledged that staffers who normally are based in Rome but elected to telework from other countries during the lockdown in Italy have been asked to returm.

The decision evidently irked a number of staff who would have preferred to continue working from their countries. A Senior Financial Officer noted: "This is complete madness. The President appears to change his mind every week. We have proven that remote working can function very well and actually productivity has gone up. At the same time, the pandemic crisis is far from over, as stated by WHO. Yet our President is forcing staff to return to Rome and leave their families. It makes no sense whatsoever."

A young Country Programme Officer at IFAD also noted: "It's a bit embarrassing. We have an Executive Management Team who seems obsessed by WHERE we work from rather than WHAT we do. And this is in 2020 when modern technology allows you to hook up to systems from wherever in the world. If they don't feel they can trust staff then they have another problem, but this is just ridiculous. Other organisations like for example the European Central Bank are allowing their staff to work remotely from their home countries or wherever until the end of the year. That's more a sign of trust and modern leadership.  The same goes for a large number of private companies."

However the IFAD spokesperson said that  “IFAD is the only Rome-based agency that has allowed its staff to do so and given the improvement in the situation, has requested these staff members to return to Rome and to continue teleworking from their usual base.”