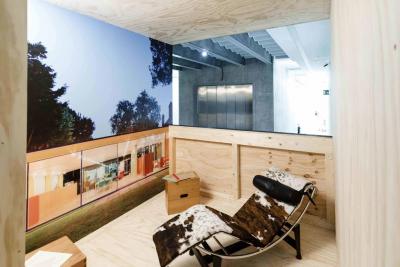 ROME – The MAXXI National Museum of 21st century art created an online programme during lockdown that has garnered around 14 million views, and announced the launch of the ‘Casa Mondo’ digital exhibition, their first exhibition entirely conceived and developed for Instagram. "The theme of living is now more than ever topical, after the long lockdown period that has changed our idea of ​​home and the use of domestic space forever,” said Giovanna Melandri, President of the MAXXI Foundation, as quoted from a press release.

The MAXXI National Museum, which celebrates its 10 year anniversary on Thursday, had this exhibition curated by Margherita Guccione and Pippo Ciorra, in order to show how design carries with it the story of the flexible and multipurpose nature of the domestic space.

The exhibition intends to trace two dialogues: the first, between the individual house and the collective house, from Villa Malaparte to Corviale; and the second, in the form of duets between authors belonging to very different eras and geographies.

For example, the University Colleges of Urbino by Giancarlo De Carlo has been paired with the exceptional Sugar Hill charity housing by David Adjaye in Harlem, and Paolo Portoghesi's Casa Baldi, in Rome, paired with the futuristic and space villa of the Zaha Hadid Studio in Russia.