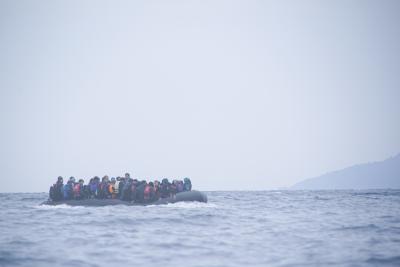 ROME – In the first months of 2020, the refugee crisis has worsened with an uptake in those making the dangerous Mediterranean crossing, mostly from Libya, despite the coronavirus crisis, reports a Sant'Egidio press release, with the organisation remembering the 40 thousand to have died on dangerous routes to Europe on World Refugee Day, June 20.

“It is a tragedy of humanity that must be remembered, thinking above all of the thousands of people who are currently in detention centres in Libya - for whom it is more urgent than ever to open the corridors of humanitarian evacuation - or in the refugee camps of Lesvos, where the danger of the pandemic has been added to inhuman conditions,” read the press release.

In part because of the pandemic, more people have had their usual activities interrupted, and as such human trafficking business continues to be profitable from places such as Libya and Tunisia, with a particularly bad summer ahead.

On average, a Tunisian trafficker spends about 40,000 euros on a medium-sized boat, but with each migrant paying over a thousand euros to make the crossing, and with a boat capacity usually exceeding 60, traffickers can make thousands of euros that would otherwise take months to accumulate in North Africa, reports Il Fatto Quotidiano.

In the basilica of Santa Maria in Trastevere on Thursday, all those who died on the crossing over the last three decades were remembered by Sant'Egidio, the lay Catholic association dedicated to social service based in the eternal city.