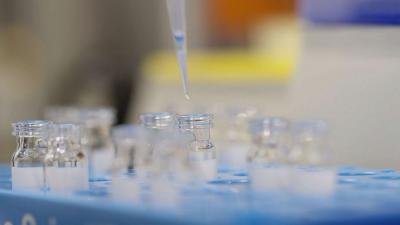 ROME – ‘AstraZeneca’, a science-led biopharmaceutical company based in the UK, has reached an agreement with Europe’s ‘Inclusive Vaccines Alliance’ (IVA) to supply up to 400 million doses of the University of Oxford’s COVID-19 vaccine, with deliveries starting by the end of 2020 following approval, according to a press release. In May, Oxford University announced the start of a Phase II/III UK trial of AZD1222 with about 10,000 volunteers, with later-stage trials due to begin in a number of other countries.

The vaccine may not work, but AstraZeneca has committed to progressing the clinical programme with speed and scaling up manufacturing at risk, although the announcement is not anticipated to have any significant impact on the company’s finances, as the cost to manufacture the vaccine are anticipated to be offset by government funding.

The agreement was signed on Saturday, and the IVA aims to accelerate the supply of the vaccine and to make it available to European countries beyond Germany, France, the Netherlands, and Italy, the countries who originally spearheaded the initiative.

Italian Health Minister Roberto Speranza stated that “with today's signing comes a promising first step forward for Italy and Europe. The vaccine is the only definitive solution to COVID-19. For me, it will always be considered a global public good, everyone's right, not the privilege of a few.”

AstraZeneca seeks to expand manufacturing capacity further and is open to collaborating with other companies in order to meet its commitment to support access to the vaccine at no profit during the pandemic.

Pascal Soriot, AstraZeneca’s Chief Executive Officer, said that the agreement would ensure access to hundreds of millions of Europeans following approval. “With our European supply chain due to begin production soon, we hope to make the vaccine available widely and rapidly. I would like to thank the governments of Germany, France, Italy, and the Netherlands for their commitment and swift response.”

The company has completed similar agreements with the UK, US, the 'Coalition for Epidemic Preparedness Innovations' and 'Gavi, the Vaccine Alliance' for 700 million doses, and agreed a license with the ‘Serum Institute of India’ for the supply of an additional one billion doses, principally for low and middle-income countries.