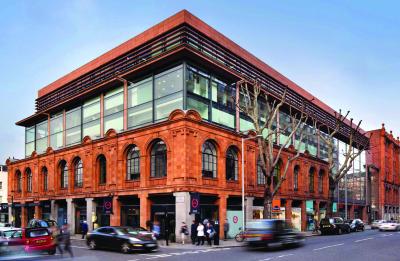 VATICAN CITY – Gianluigi Torzi was arrested on June 6 after an investigation uncovered that the Vatican middleman had been part of a property deal in London which allegedly involved financial crimes such as fraud, embezzlement, and money laundering, announced by the Holy See in a press statement. “The order was issued in relation to the events connected with the sale of the London property on Sloane Avenue, which involved a network of companies in which some officials of the Secretariat of State were present,” read the statement, as quoted from Vatican News.

The luxury property on Sloane Avenue is an old Harrod’s warehouse near South Kensington Tube station, reports rainews. The purchase and sale took place in 2014 on behalf of the Vatican Secretariat of State, with Torzi acting as intermediary and allegedly pocketing 15 million euros, reports Il Post.

Financial problems surrounding the property began in 2014, when the London asset stated to gradually generate "a huge chasm" in the accounts of the Vatican state, reports Il Sole 24 Ore. The investigation revealed that although the Vatican had paid 350 million euros for the property, they did not control the majority of shares.

The Vatican Secretariat of State made its initial investment using money held in Swiss bank accounts rather than the Vatican bank. The investigation took off when authorities froze six current accounts, with it emerging that from Dec. 2018 Gianluigi Torzi had been transferring in shares of the companies that owned the property, reports Il Sole 24 Ore.

The investigation was stared at the request of Pope Francis, and the arrest of Torzi was made on the basis of multiple lawyer and Curia testimonies. The charges levied against Torzi risks up to 12 years prison according to Vatican law.