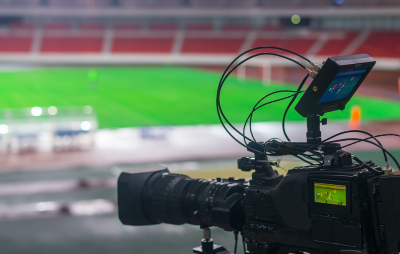 ROME – The Italian Insider interviewed Roberto Ciccioli, Head of Tax and Advisory Services at the ‘Consulting Centre’, a firm that plays a key role in supporting football players and clubs in tax, legal, and corporate finance, and which is working on an Italian football club data project.

II: Serie A starts again on June 20, with the permission of Italian Minister of Sport, Vincenzo Spadafora. The aim is to finish the season by Aug. 31. If coronavirus makes this impossible, there are two contingency plans: first to settle the championship with play-offs, and finally to freeze the table as it stands as a last resort. Is this plausible? Are these options financially risky?

Roberto Ciccioli: Coronavirus has made the whole economic system vulnerable, but football has been greatly impacted and will be affected by games played behind closed doors. The players, especially those in the lower leagues, did not receive their salaries as the clubs did not receive revenues from television rights, merchandising, and ticket-sales.

In this context, the FIGC and the Football League had tried to find an economically advantageous solution that will not endanger the health of the players and all those who work in the world of football. To this end, three scenarios have been validated by the FIGC. Two of them represent extreme solutions whose sole purpose is to avoid significant economic impacts.

It is clear that any club not admitted to the next Champions League will experience a negative impact on their revenues. It is also clear that the damage derived from coronavirus has an impact on lower revenues in terms of sponsorship, ticketing, and television rights. The last item represents a significant percentage of the total revenues of each club. The resumption of Serie A, in my opinion, depended on television rights.

II: The collapse of Serie A revenue in the short-term could be over 700 million euros, and already more than 500 million euros has been lost to the COVID-19 pandemic lockdown. How serious is this for Serie A’s future? Is Serie A invincible? Will there always be a Serie A?

RC: The coronavirus emergency has had a devastating impact, especially for the minor leagues.

If one considers, for example, that one revenue stream for a football club is ticketing, then it is easy to understand the negative impact that the coronavirus has on the club accounts with matches without fans and with closed doors. Furthermore, the emergence from coronavirus could have a negative impact on contracts entered into for television rights and sponsorships, if they contain force majeure clauses that lead to the suspension of the contract for modification. Even in the absence of force majeure clauses, however, clubs may have lower revenues because of the sponsorship and media rights contracts, if the temporary inability to cover their contracts leads to reductions in revenue.

The reduction in revenues for football teams will certainly be important. However, I believe that Italian football after a phase of cost containment due to the financial impact of coronavirus will resume on a path which today makes it one of the 10 main Italian economic sectors with an aggregate turnover of around five billion euros.

II: But what about the fans? Doesn’t Serie A need to present a likeable public face? Even if Serie A risks losing a lot of money in the short-term, if they go back too soon and the contagion spreads it could be a PR disaster in the long-term.

RC: I believe that at this specific moment it is necessary to combine the health aspect with the economic aspect.

By evaluating and verifying the balance sheets of football clubs, the economic impact of the revenues deriving from ticketing is far less than that derived from television rights, sponsorships, and advertisements. Therefore, although watching games without fans will make the event less spectacular, I believe that the current solution is the right way to ensure the economic sustainability of the sector and avoid a new explosion of the epidemic.

II: What about the effect on the football transfer market. Is there anything interesting you have seen in this area since the start of the pandemic? What has happened to the value of players? Will COVID-19 change the value of players in the long term?

RC: Although the clubs continue to scout, it is clear that during the lockdown the transfer market suffered a drastic freeze. Certainly, the next transfer window will be more complicated than the others due to the reduced budgets. I believe there will be limited transfer of players in terms of amounts, with a particular preference for loans and transfers of free players. Nobody, at the moment, I believe, is able to predict exactly the impact of the coronavirus on the values of the players as they do not depend on the single market, but on the future performance of European football in particular.

II: Do Serie A clubs spend more than they earn on wages? With so much money at stake during the summer, and with Serie A financial expenses on player-wages really high, do players need to take wage cuts?

RC: Not all Serie A clubs spend more than they earn. With the advent of financial fair play, there has been a general focus on financial statements and sustainability of the costs in order to make them compatible with expected revenues. The coronavirus will surely widen the divergences between financially stable and unstable clubs; and these effects will materialize in the coming months, probably also through takeover or sales to foreign investors.

During the lockdown most players suffered wages cuts or did not receive them by mutual agreement with the clubs. However, nothing suggests non-compliance with contractual agreements by the clubs with the players. If the economic situation does not improve, players' salaries may realistically suffer reductions following agreements between the players themselves and the clubs.

II: If there are serious Serie A financial problems with player wages, could players leave en mass? Could we see superstars leave for other leagues? Which leagues?

RC: At the moment, this doesn’t seem realistic. The football system remains an important part of the Italian economic system and the Italian government will support it. In recent years, the government issued laws that have had positive impacts on the costs incurred by clubs and on the taxation of players' foreign incomes allowing the arrival of superstars from foreign leagues. This should be the path followed for the next few years and which should allow the continuation of the growth of the Serie A in particular in terms of aggregate revenues and appeal for top players.

II: Finally, broadcasting rights during coronavirus. Serie A have filed an injunction against Sky-Italia which owes them 233 million euros. What are the legal arguments for this dispute, and how will it be settled?

RC: When there are contracts involving significant amounts, usually in cases like these legal procedures are often used to crystallize a situation that must be resolved. The current contract between Serie A and broadcasters refers to the 2018-2021 period and I think that no party wants to have to look for a new partner. I believe it is very probable that the parties will eventually find an agreement on a reduction in the amounts owed by broadcasters. 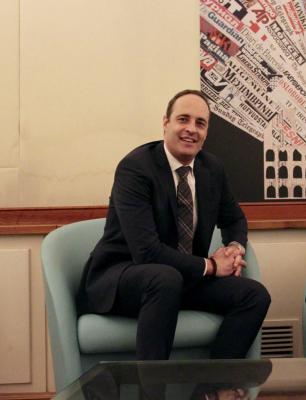