Interview: Chinese journalist Dalù and his escape to Italy 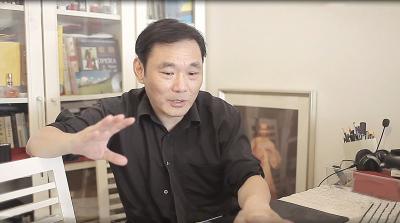 “If Hong Kong's role in connecting China to the rest of the world no longer exists, it will be the end of Hong Kong,” said Dalù, a journalist whose brave defiance of the CCP (Chinese Communist Party) on the airwaves resulted in him fleeing China and undergoing the legal process to obtain refugee status in Italy in 2019.

The Italian Insider interviewed Dalù over Skype from his home in Italy, on the eve of the anniversary of the Tiananmen Square massacre, when thousands of Hong Kongese defied a ban on assembly and the Hong Kong’s Legislative Council passed a law criminalising mockery of China’s national anthem.

Dalù was a famous radio host in the 1990s in China. Then, in 1995, he started using his Sunday morning radio show in Shanghai to speak about what had happened in the Tiananmen Square massacre of 1989.

“After the massacre occurred,” Dalù remembered, “Shanghai’s propaganda agency conducted a one-by-one review of all journalists who participated in the marching. Since then, it became a taboo topic. Why did I then break into this restricted area with suicide-like behaviour after six years? To speak frankly, I found that my behaviour profaned the profession of journalists.”

Dalù described journalism conferences with rich food and entertainment where each reporter would receive two items: a press release and an envelope full of cash. Tiananmen Square marked a change for journalism in China. It became extremely well-paid, and mostly involved either changing a title or deleting some words in a press release.

Dalù could ignore this reality no longer. “My behaviour was much like the little boy who shouted, ‘You have no clothes!’ he said.

Thereafter, Dalù used his platform to fight against the CCP as subversively as he could. He kept a diary during this time, which records how his writings were monitored on Weibo, the biggest social media blog platform in China, and were often deleted mere moments after posting. He even commemorated the death of the Taiwanese singer Teresa Teng on his radio show, despite her songs and name having been prohibited from appearing in official media.

“I don't like being called a ‘dissident’,” Dalù said. “To Westerners, this is a very common concept, just as Italians naturally like to drink coffee. The concept of dissidents is completely different in English than in Chinese. In Chinese, this concept is very politically significant.”

“I was never interested in politics. I am an ordinary person, I just want to breathe and think. But in the Chinese environment, I can neither breathe nor think. People cannot access the internet, and the information they receive has been formally filtered. If you want to express any of your opinions on a blog, they will be quickly deleted or you will even be blackmailed by the police.”

Although Dalù recognises we are in the internet age, and that social media can be used for good, he nevertheless cautions against citizen journalism as the solution. “I advocate that professional media and professional ethics should continue under a sound democracy, and social media should also use technical methods to prevent the spread of rumours,” he said.

Dalù flew from Shanghai to Rome on Sept. 16, 2019. He did not choose Italy for its journalistic credentials, however, but rather because he had converted to Catholicism in 2010. “I was attracted by the gospel and moved by singing. After half a year of enlightenment study, I finally accepted the Catholic baptism. Since then, my spiritual life has changed dramatically.”

Dalù spiritual homecoming is significant, because it explains his need to physically escape from China. “After I joined the church,” he said, “I was responsible for the media work of the church. I published the news of the Vatican and the gospel on social platforms.”

In 2019, Dalù disseminated a Vatican document entitled ‘Pastoral Guidelines of the Holy See concerning the civil registration of clergy in China’. The document, dated June. 28, mediated between Chinese law and Catholic doctrine, and specified two ways to register as a priest in China, before stating, crucially, that “the Holy See understands and respects the choice of those who, in conscience, decide that they are unable to register under the current conditions.”

Dalù called Pope Francis “a formidable leader” during our interview, and stated that he trusted in “the intelligence of Vatican diplomacy.” However, it is the very efficacy of Vatican diplomacy that might explain the problems Catholics have faced in China. The CCP’s mistreatment of the estimated 12 million Catholics has been well documented, but, in 2018, Pope Francis agreed to select bishops from a CCP approved shortlist in an attempt to unify the underground Catholic community with the government-run ‘Chinese Patriotic Catholic Association'.

Criticised for ‘selling-out’ Catholics for the purposes of evangelising in 2018, the pastoral guidelines of 2019 marked a step away from the CCP. This was the document disseminated by Dalù amongst the clergy in Shanghai, and, within 12 hours, Dalù would receive a phone call from the ‘Shanghai Religious Bureau’, ordering him to delete the file.

Dalù, who saw his father beaten during the Cultural Revolution, understands plenty how power can be abused. Dalù’s story is a serious one, but a serious story demands a serious wit, so that power is properly parodied, so that Emperors are exposed as naked.

The China ambassador to Italy, Li Junhua, in a recent interview with Corriere Della Sera, said that Chinese diplomacy was not to be treated as a wolf, but rather a “Kungfu Panda.” When asked to comment on this, Dalù informed me that he never listened to officials, and advised that I address my question either to the ambassador himself, or to the Minister for Animal Imports and Exports.

It seems that Dalù can make short work when he wants to. He is currently working on a much longer work though – a memoir – one which explores Chinese history, democracy, and the Tiananmen Square massacre. 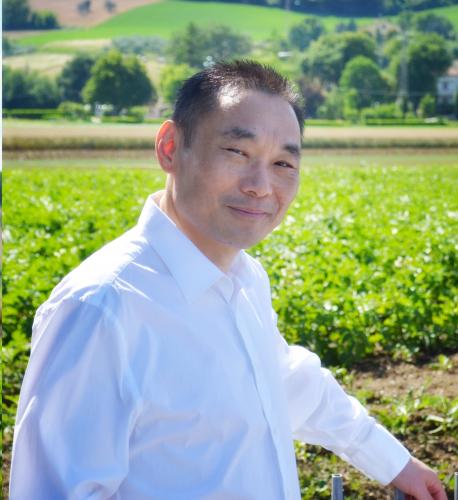