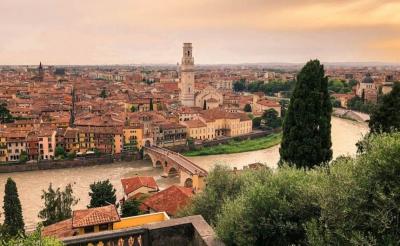 VERONA – The ‘Arena-Nicoscia’ gang, one of the many 'Ndrangheta affiliations, was dealt a blow of 23 arrests, with suspects held on multiple charges of mafia association, drug trafficking, money laundering, extortion, and other corruption offenses such as the issuing false invoices for non-existent operations, according to judicial sources.

An operation conducted in the early hours of Thursday morning when it was still dark, involved over 200 policemen with search and arrest warrants and resulted in the 23 arrests, of which 17 have become pre-trial detainees in prison, six have been placed under house arrest, and three have been given obligations to report to police, reports Il Fatto Quotidiano.

Interest in the area was underway between 2017 and 2018, led by a group of investigators from the Central Operational Service (SCO) of the police force, and by the mobile police units of Verona and Venice, reports La Repubblica.

The investigations, directed by the District Prosecutor at the Court of Venice, were conducted between 2017 and 2018, have brought to light "serious clues" related to the presence of the 'Ndrangheta venue in Verona, as quoted in Il Fatto Quotidiano.

The investigations suggest that the 'Ndrangheta and its branches of organized crime are already established in fair Verona, and that their structures exist in wider the Veneto region too, according to Rainnews.