Minister for Sport outlines plan for resumption of Serie A 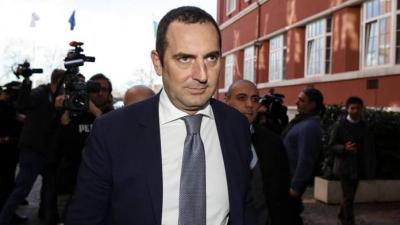 ROME – “Serie A starts again on June 20,” said the Italian Minister of Sport, Vincenzo Spadafora, after a conference call with the members of the Italian Football Federation (Figc) and Serie A on Thursday evening. The semi-finals of the Italian cup are also set to start again on June 13, with Naples taking on Inter Milan, and with Juventus against AC Milan, reports La Repubblica. The stadiums will be divided into three areas which will contain no more than 333 people in all.

The go-ahead was given by the Scientific Technical Committee (CTS), although the problem of ensuring the health and safety of the players remains, and a 14 day quarantine will be come into force for the whole squad if a player becomes infected, despite calls for the rule to be changed, reports footballitalia.

The President of the Italian Sport Medics’ Association, Professor Enrico Castellacci spoke to Radio Capital before the decision, and voiced his doubts that the quarantine rule would allow the season to be finished. “With one positive case and the 14-day rule, I would see that as the end to the season,” he said, as quoted in footballitalia.

The meeting among stakeholders on Thursday not only confirmed that Serie A football could resume on June 20, but also set out the aim of finishing the season by August 31, and if coronavirus makes it impossible, there are contingency plans: first to settle the championship with play-offs, and finally to freeze the table as it stands as a last resort.

Concerns over safety include the effectiveness of proposals to ban hugging after goals and protesting the referees, and that the packed schedule requires teams to play three matches a week in hot summer conditions. Pushback is expected from Serie A teams, with reports claiming that 20 Serie A clubs are generally against the idea, according to Goal.

"To finish this championship is forcing it in my opinion," the Brescia captain Daniele Gastaldello said this week, as quoted in the Jakarta Post.

The FIGC president, Gabriele Gravina, has said that it is the job of the federation to get football running again so as to not damage passion for the sport. "By returning to the pitch can we stop the collapse of revenue which in the short-term would otherwise be over 700 million euros. More than 500 million euros has already been lost to the COVID-19 pandemic lockdown," as quoted in Goal.

Serie A have filed an injunction against Sky-Italia which still owes them 233 million euros for broadcast rights, despite the broadcaster reportedly asking for a discount of 15 to 18 per cent, which, if successful, will need to be paid if Sky-Italia are to have the rights for the remaining 114 games, reported in The Statesman.