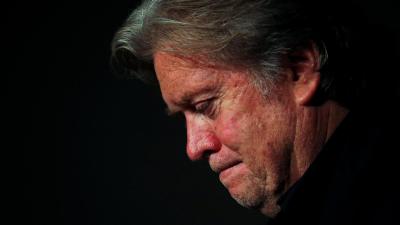 ROME –  The Italian Ministry of Cultural Heritage’s annulment of the takeover of the Certosa Trisulti abbey by the ‘Dignitatis Humanae Institute’ (DHI), a Judeo-Christian think tank and academy with close ties to Steve Bannon, have had their decision overturned after the DHI’s appeal was accepted by the regional appeals court (Tar) local to Latina, according to judicial sources. The DHI can therefore remain in the abbey complex, located in the Ernici mountains and dating back to the 13th century, although the Ministry of Cultural Heritage (Mibact) are expected to appeal to the Council of State, reports Il Messaggero.

The rejected eviction order was started in October 2019, led by Dario Franceschini of Mibact, claiming that DHI had used falsified papers to acquire the lease and guarantee the financial viability of their project, as reported in La Repubblica and La Stampa at the time. The decision against this by the Tar of Latina has also sentenced the Ministry of Cultural Heritage to pay legal expenses for six thousand euros.

During the summer of 2019, Mibact had sent a surprise inspection to the monastery, in order to contest the maintenance of the abbey, reports Il Fatto Quotidiano.

Benjamin Harnwell, President of the DHI, self-proclaimed ‘Bannon's representative in Italy’, and once called “the smartest guy in Rome” by Bannon on the DHI podcast, has a 100 thousand euro bank transfer payment for the 2019 rent, paid for by Bannon and American benefactors, which he considers to settle the issue of eviction, and further stated that DHI had always complied with the law, with letters from Mibact and the State Property Agency in evidence for the ongoing legal battle, revealed in an interview with Il Manifesto.

Harnwell, who rarely does interviews with journalists, views the opposition to the DHI’s takeover as from leftist enemies, stating that those voicing their opposition were “nothing more than the braying of the cultural Marxist left against the defense of Western Civilization,” as quoted in The Art Newspaper.

Since 2018, Steve Bannon has helped in the drafting of a curriculum for a leadership course to be held at the Judeo-Christian institute, with the aim of spreading conservative thinking beyond politics, but the record shows that there are also many apolitical motivations against the takeover.

In 2019, the Undersecretary for Cultural Heritage, Gianluca Vacca, said that political opinions have nothing to do with the decision of the Mibact to take legal action, as “we are concerned with respect for legality and the protection of the national cultural heritage," and the president of the Lazio regional council, Mauro Buschini, spoke of how local associations and citizens had “repeatedly expressed their disappointment at the transformation of an extraordinary place of worship into a school of sovereign policy," as quoted from Il Fatto Quotidinao.

In his interview with Il Manifesto, Harnwell said that Steve Bannon was “not worried if we are unable to do the Judeo-Christian academy in Trisulti. We will do it in another city. In Jerusalem or Athens, the symbols of our civilization."