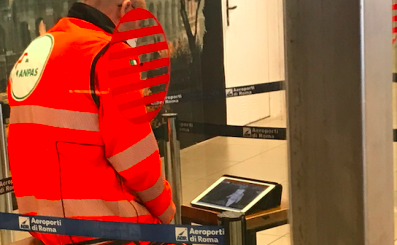 PALERMO – A pregnant woman, 34, who returned to Sicily from the UK with a stopover in Rome, was admitted to the Cervello hospital in the Sicilian capital on Sunday evening after testing positive for coronavirus, despite passing all the checks to board her flights, reports Corriere Della Sera.

She fell ill once in Palermo and needed hospitalization, with doctors working to ensure her saftey given her 28 weeks pregnancy, and although she has been subjected to high oxygenation flows and was moved from the pulmonology department to the intensive care unit according to hospital reports, she has not needed to be intubated, according to Leggo.

The woman was originally from Bangladesh but is a long-term resident in the Sicilian capital. She was checked several times with thermoscanners at three airports, both at the time of boarding and on arrival, and on each occasion her readings did not cause concern, report La Repubblica.

The staff at the Provincial Health Authority of Palermo and the Regional Civil Protection of Palermo are attempting to trace all the passengers on the flights, and have already carried out swabs for family members close to the patient, according to Il Messaggero.

The woman had followed the correct process of repatriation, having registered on the website of the Sicilian Region to schedule for repatriation, reported Corriere Della Sera.