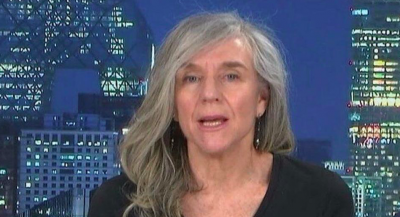 ROME – COVID-19 isn’t the only thing that has been raging in Italy, though it is tragically the main story. On another front, a battle has been fulminating for weeks about the hair and make-up of the RAI UNO’s China correspondent, Giovanna Botteri. Botteri suddenly became a household name as she started reporting every evening from Beijing about the pandemic and its effects throughout Asia.

Botteri is a seasoned journalist. With flowing grey hair, minimal make-up, and strong features, she is the kind of reporter you have immediate faith in because of her clear, well-researched reporting and her no-nonsense style. But her looks have long been the target of jokes on social media, as well as by mainstream comedians.

The media storm broke, though, when the satirical news show Striscia La Notizia ran a segment, introduced by the presenter and former model Michelle Hunziker, which mocked Botteri’s unadorned looks. In a classic satirical move, the segment ridiculed Botteri by praising her attention to her job rather than her appearance, showing stills from her various China broadcasts, always wearing a black V-neck sweater, and her signature grey hair occasionally brushed into face-framing waves.

Complete with cartoon sounds that include buzzers, honks, and beeps, the segment ironically defended Botteri’s appearance against those who attack her, by claiming that it isn’t important if she wears the same sweater, because she does manage to have a fresh shampoo and blow dry once in a while.

It is a shame that Hunziker became embroiled in this quarrel. As a presenter on Striscia La Notizia, she is a welcome female presence on a show where the only other women are the scantily clad dancers who gyrate to the opening music every night. Hunziker is not one of those; she shares the desk with the man, and she’s funny and smart.

However, Hunziker is beautiful in an appropriately female, former model kind of way, and herein lies the rub when it comes to talking about women in public life in Italy.

Women don’t necessarily have to be beautiful, but they have to look like they are trying to be attractive, mainly to men. That’s why so many of the women presenters who no longer have youth on their side are rarely mocked by comedians for their often horrifically bad facelifts, botoxed lips, and bad dye jobs.

It remains a mystery to me how anyone could possibly find these kinds of interventions in nature attractive, but in Italy making the effort is part and parcel of the idea of the bella figura. It is telling that when Striscia La Notizia was accused of “body shaming” Giovanna Botteri, numerous articles popped up explaining the English term, because it is incomprehensible to most Italians.

Botteri herself even argued that she takes her cue from the BBC where the focus is on the work of a reporter (as if) and not on her looks and that she hoped the brouhaha would lead to a change in the way women are viewed in Italy.

I won’t hold my breath. Only one or two of my Italian friends, of both genders, understand the Anglo-American preoccupation with body positivity. One trip to the beach here is enough to show you that most Italians feel pretty positive about their bodies, but they also said, “If she is on television, she should clean herself up a little. If she doesn’t want to color her hair, she should wear a brighter shade of lipstick or something and change her shirt.” My usually enlightened Italian partner even went dark on this issue. When I said I thought Botteri was beautiful, he replied, “Lei è una cozza,” using the Italian word for mussel that is also used to describe an unattractive woman.

For most Italians the issue is one of aesthetics and making an effort at beauty, and of course this locks women into a no-win situation, as the effort is expected and is also seen as evidence of women’s superficiality.

I stopped coloring my hair about three years ago, and not one person in Italy agreed with my decision. That includes my hairstylist, of course, but also an acquaintance whose plastic surgery is so extreme that one can’t but feel sorry for her. In a strong wind, I think her lips might beat her unconscious, but that didn’t keep her from passionately trying to persuade me to color my hair: “Carissima, you can’t go grey, it really ages you!”

During my last pre-COVID-19 trip to the grocery store, I was in line behind a stunningly beautiful woman with silky salt and pepper hair. It was so gorgeous that I had to tell her, and when I did, she smiled and said, “But you’re not Italian, are you? Everyone tells me I should dye my hair.”

Two months and one pandemic later, most Italian women of a certain age are sporting grey roots or strips down the middle of their head covered up with store-bought dye and waiting impatiently for hair salons to reopen.

I was hoping the lockdown might get Italian women to rethink attitudes toward their own beauty, but clearly that will not happen any time soon. Rightly or wrongly, or rightly and wrongly, the bella figura occupies a powerful and philosophically complicated position in Italian culture. It will take more than a pandemic to shake its foundations. 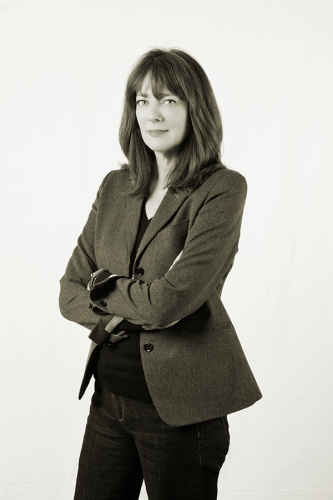 Contributor Lisa Colletta, Professor of English at the American University in Rome
Comment