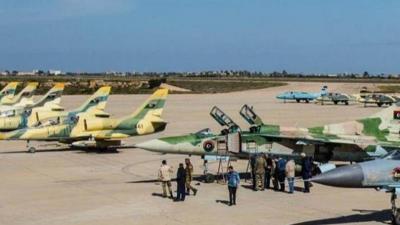 TRIPOLI – On Sunday night the Libyan ‘Government of National Accord’ seized the strategic military base of Al Watyia from General Khalifa Haftar’s rebel forces, and following this are now close to signing a bilateral military agreement with Turkey, leaving Europe and Italy increasingly removed from the conflict in North Africa, diplomatic sources reveal to La Stampa. On Friday, the NATO secretary, Jens Stoltenberg, had a conversation with Turkish President Ergodan confirming the central role Ankara would take, and another call, this time between Stoltenberg and Fayez Serraj, leader the GNA, was facilitated by Erdogan, as Turkey increasingly act as an indispensable go-between, as described in Formiche.

The diplomatic wrangling refects a GNA that is keen to consolidate on their victory at the base of Al Watyia, a huge installation in the west of the country towards the Tunisian border, the taking of which marked an important turning point in Libya's civil war, report La Repubblica.

Al Watyia was controlled by forces loyal to Haftar since 2015, and has been used from April 2019 to launch rocket attacks on Tripoli and the surrounding network of roads, and was therefore an important strategic asset for the rebels, reports Il Foglio.

On May 6, rebel General Haftar launched a series of air raids called ‘Tayrun Ababil’, or ‘Miraculous birds’, which "resulted in the destruction of a shipment of Turkish weapons” with the purpose to “free the country from the Turkish aggressor,” read a rebel statement quoted in Agenzia Nova.

By retaking the base, the GNA has regained control of almost all the west coast, and for Turkey this also has historic significance, as it represents the first military facility supported by Turkey on the southern shore of the Mediterranean in lieu of the bygone days of Ottoman control, according to La Stampa.

There is a chance that the civil conflict in Libya will escalate, however, as foreign powers react by sending more arms to the region, such as the Emirates, who transferred 6 Mirage 2000 fighters to the Egyptian base of Sidi Barrani, on the eastern border of Libya, to support the beaten-back rebel forces, report La Repubblica.