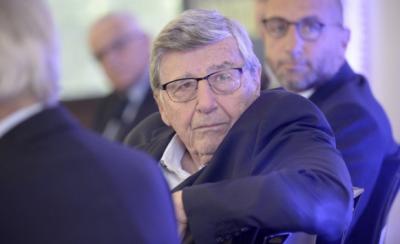 ROME – A university allegedly allowed Florentine police officers to cheat in exams by providing the answers to prospective and current Florentine police officers, which has led to corruption charges against 71 people at the Link Campus University of Rome and the Italian Unitary Union of Police Workers (Siulp) following a two year investigation entered by Tuscan prosecutors on Wednesday. The surveys cover the academic years 2016-2017 and 2017-2018.

The alleged "easy exams" were being put on by the university faculty of political science and international relations, as a three-year degree course in ‘Political Science and International Relations’ and a Master's degree in ‘Strategic Studies and Diplomatic Sciences’ could be passed by paying a enrolment fee of 600 euros which ended up in a San Marino bank account, report Corriere Della Sera.

Among the 71 suspects are the president of the university and former Christian Democrat Minister of the Interior, Vincenzo Scotti, the general manager Pasquale Russo, the rector Claudio Roveda, and the Siulp national secretary Felice Romano, report La Repubblica.

All have been accused of falsifying the exams and courses, and of allowing the policemen not to attend lectures given by the professors, and Mr Scotti, 86, has been indicated to be the instigator, according to Il Giornale, the paper who first reported on the scandal two years ago.

Link Campus University has said there was no fake or easy exam, declared the accusations extraneous, and confirmed its full transparency. “All the subjects of the Link Campus involved in the criminal proceedings, will be able to view the documents, defend themselves and demonstrate the groundlessness of the accusations," as quoted from Il Fatto Qutotidano.