ANSA strikes and Italy press freedoms up for change in June 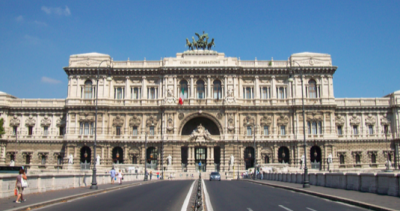 ROME - ANSA's assembly of journalists proclaimed a 48-hour strike from Friday until Sunday, according to ANSA’s own website. “The two-day strike decided by the ANSA journalists' meeting is only the latest act of a continuous erosion of jobs and spaces for collaborators in recent years,” read a press release from the Secretariat of the Roman Press Association.

“After yet another cut in costs with a tough round of early retirement on which the editorial team could not find an equilibrium, two months of Covid were enough for the situation to precipitate,” said the press statement.

The Secretariat of the Roman Press Association has said that it supports ANSA’s decision, but has requested that the editorial staff clarify their mission, stating that was important that choices were clear for the benefit of information across the country.

The Italian press also face an important decision on June 9, when the Constitutional Court will decide whether or not jail is a legitimate sentence for journalists who are convicted of defamation.

Protections for journalists is a controversial issue in Italy, and has divided the judiciary and politicians, with the dispute surrounding whether certain articles of the Italian penal code are incompatible with press freedoms enshrined in European conventions, as explained by Pierluigi Franz, President of the Roman Chroniclers Union.

If the result on June 9 stands to protect journalists from jail time, then Prime Minister Giuseppe Conte would have to answer to Europe if the Italian government remained in favour of maintaining prison sentences for journalists convicted of defamation.

During a meeting with the president of the National Federation of the Italian Press, the undersecretary to the Prime Minister, Andrea Martella, has already said that "prison for journalists must be abolished,” and expressed the need for reform.