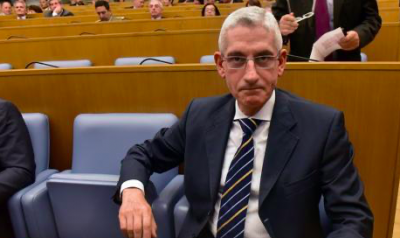 ROME – The Italian foreign intelligence agency (AISE), has elected Gianni Caravelli, 59, as the new President of the agency, and will replace Luciano Carta, who leaves his leadership position to take over the presidency of Leonardo, the Italian aerospace, defense, and security industry giant, and will assume the position on May 20, report La Repubblica. Mr. Caravelli has been Deputy Director of AISE since 2014.

Mr. Caravelli spent a long period in the Italian army, where he reached the rank of Army Corps General. Italian intelligence are faced not only with threats of international terrorism, but with new challenges that have risen to the fore since the coronavirus, such as threats to the national economy through dependence on foreign supply chains, especially with regards to pharmaceuticals and biomedicals, report La Formiche.

Disinformation campaigns and propaganda are also in the spotlight due to coronavirus. In one suspected instance of propaganda, the Aventa-M ventilators donated to Italy by Russia in March are under investigation, after reports emerged that the devices had overheated and burst into flames in Russian hospitals, which killed six patients and led to the evacuation of one hospital, report Corriere Della Sera.

In May 2019, in a letter addressed to a conference of the University of Chieti, Mr. Caravelli stressed the problem of disinformation, and that the intelligence services needed to rigorously process news to safeguard the state, reported in La Formiche.

Previously, Mr. Caravelli had held other positions in the intelligence sector, such as Division Director at AISE, at the time refered to as SISMI, working with Italian armed forces in Afghanistan, Iraq, Bosnia and Herzegovina, Kosovo and Lebanon, as well as military adviser to the special representative of the United Nations Secretary-General, Staffan de Mistura, a Italian-Swedish diplomat, and received numerous honours for his participation in UN peacekeeping missions, report AGI.