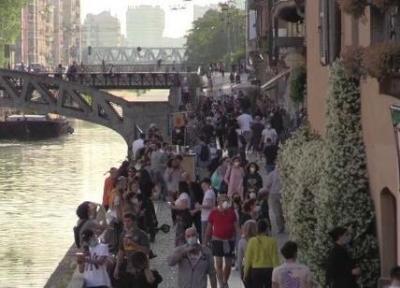 MILAN – Pictures taken of people without masks and ignoring social distancing norms at a Milanese nightlife hotspot has sparked anger online as the hashtag #Navigli trended on Twitter slamming their 'aperitivo attitude'. The Mayor of Milan, Bepe Sala, has said that the pictures were shameful and that the 1 per cent of people had put everybody else at risk. He gave an ultimatum, stating that he would close the road if nothing changes, through a Facebook video message.

The number of deaths in the Lombardy area has remained high throughout the epidemic in Italy. On Friday, Italy registered 243 more deaths which brought the total to over 30,000 coronavirus deaths, making the country's death toll the highest in the EU, according to data from the Civil Protection Agency.

The authorities in Milan have already organised for more policemen to supervise the area, as confirmed by the deputy mayor responsible for security, Anna Scavuzzo. "The Navigli that was teeming with people very close to one another and without a mask, drinking and joking as if we were in phase 8…” as quoted from La Repubblica.

The Italian Institute for Health (ISS) have called the images “disturbing,” with the President of the ISS, Silvio Brusaffero, stating that “all situations in which we violate the rules… individually relax our behaviour… this can facilitate a new circulation,” while answering questions from journalists at a televised press conference.

The President of the National Council of Actuaries, Giampaolo Crenca, has said that although they were "aware that analysis of numbers is not enough to solve the problems, which primarily concern human, social and economic aspects,” the numbers suggest that in the absence further waves, coronavirus will diminish by mid-July, while the number of ICU admissions could trend to zero by the end of May.