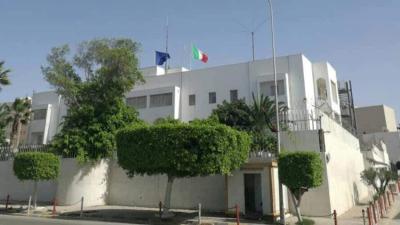 TRIPOLI – The rebel forces of General Khalifa Haftar launched an attack in Tripoli on Thursday evening at around 11 p.m., in the area of the residence of the Italian ambassador to Libya, according to local government sources and confirmed by the Italian Foreign Ministry, who stated that "these indiscriminate attacks are totally unacceptable and denote contempt for the rules of international law and for human life."

Three civilians were killed and four more injured. Neither the Italian ambassador, Giuseppe Buccino Grimaldi, nor any of his staff, were injured in the rocket attack, which landed in the street adjectent to the Italian headquaters, report La Stampa.

"The attack by the Haftar militia near the residence of the Italian and Turkish ambassadors violates international law and international humanitarian law which requires the protection of diplomatic missions," the Libyan Foreign Minister commented in condemnation of the attack, reported in La Repubblica.

The attack came a day after reports circulated that General Khalifa Haftar had bombed an ammunition and weapons depot on Wednesday, while state media reported that the blasts were a possible arson attack. On Thursday, Formiche.net claimed that three sources other than the Government of National Agreement had confirmed that the explosion was not premeditated and had been used as rebel propaganda.