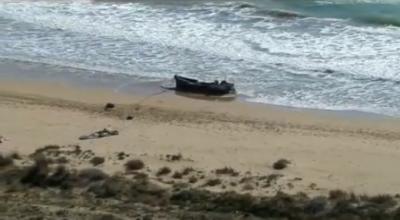 TORRE SALSA – Migrants from Africa landed on Sicily and left their vessel on the beach to flee inland, with the local authroities activated to find them having tracked down 29 of the suspected 50 that were on board the vessel, reports La Repubblica. Police from the Headquatres of Agrigento, Carabinieri from the Stations of Montallegro and Siculiana, and the finance guard, are searching the roads and countryside around the landing site, located between Siculiama and Montallegro, to ensure that they do not escape quarantine.

The number of people arriving by boat from Tunisia especially has grown, with another 148 having landed on Lampedusa on Monday night, adding to the 200 who arrived over the weekend, report Il Fatto Quotidiano.

The mayor of Lampedusa, Totò Martello, has launched an appeal for help. "If this is not an emergency, tell me what it is," he said. "I don't know who to ask for help anymore,” as quoted from La Repubblica.

Meanwhile, concerns in Italy continue to grow that food is being left to rot in the fields without the labour to pick it, and the Italian Minister of Agriculture, Teresa Bellanova, has announced that an amnesty for 600,000 irregular foreign workers is to be inserted into the May Decree after approval from the Council of Ministers, reports Il Sole 24 Ore.

The decree involves facilitating the return to Italy to work, extending immigrants’ permits, and hiring the unemployed as pickers, according to perlapace.it.

“75 per cent of those workers are immigrants, many Africans. Nobody forbids Italians to present themselves as pickers, but the truth is that they don't," said Mrs. Bellanova, as quoted in Il Fatto Quotidiano.