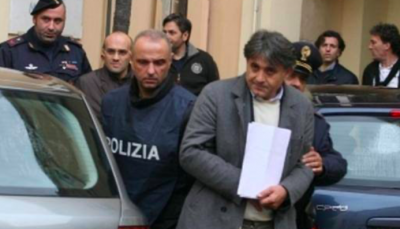 SASSARI – Pasquale Zagaria, 60, brother of Don Michele, one of the heads of the Casalesi clan in the Camorra, has been released from prison due to the coronavirus and was placed under house arrest, granted by the Sardinian Court magistrate in the note signed on Thursday. In prison since 2007 on serious charges of extortion and criminal association and with an original release date set for 2025, Zagaria will instead serve time at his wife's house in Pontevico, in the province of Brescia in northern Italy, at least until Sept. 22, reports Il Fatto Quotidiano.

In December 2019, Zagaria underwent cancer treatment, and the treatment cannot be administered to him in the prison or on the island’s hospitals due to the risk of contagion. Three lawyers requested his temporary release which was thereafter accepted on the basis of the prioner's right to health, according to Il Mattino.

A note from the Prison Administration Department on March 21 said that Zagaria had a pathology that exposed him more to the risk of contagion, but when questioned on April 9 by the courts to verify the possibility of transferring him to another institution equipped for treatment, there was no response from the administrators, report Il Fatto Quotidiano.

Prior to the pandemic, Italian prisons housed 61,000 prisoners, at 20 per cent more than suitable capacity, but a report from The Ministry of Justice on April 15 revealed that this had decreased to 55,036, according to Fanpage.it.

Although Zagaria, who was repentant during trial and had already served many years in prison, has been allowed back on the Italian peninsula because of the epidemic, prisoners in Italy who are considered a high danger to society have not been released from jail, and most who have been released were serving sentences of less than six months.

The Milan Surveillance Court rejected a request similar to that of Zagariaon's, for mafia boss Nitto Santapaola, 81, linked to the Cosa Nostra, who, desipite health concerns, will remain locked up in Opera prison, reports Il Messaggero.