Italian authorities test solutions for travel options in May 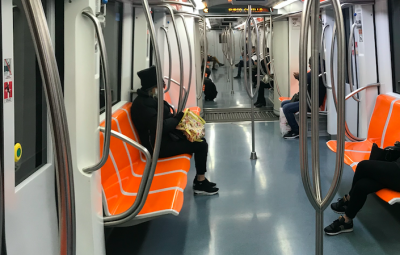 ROME – Trials started on Friday morning for three hours on some bus lines and in some metro stations in Rome as Atac, the public transport body, tested various measures to ensure people comply with safety distances, report La Repubblica. Alongside the use of quotas, masks will made mandatory on public transport, rates will vary based on the time of day, tickets will be distributed electronically, and the way people can enter and exist stations will be tightly controlled.

At the test metro station San Giovanni, loudspeakers were used to remind passengers to be wary, blue markings delineated safety distances, and only 30 passengers were permitted to enter every three minutes, with each train allowed a maximum of 150 passengers, report Il Messaggero.

Atac’s preparations for ‘phase 2’, set to begin from May 4, aim to ensure that public transportation will be as fast as possible without compromising on safety. In Termini station, commuters will no longer be able to switch from one line to another, but will have to exit and re-enter. Passenger counting devices have also been installed on 500 buses, report Il Messaggero.

Ryanair have sent a letter to Italian airports, stating that when they resume service they will give priority to airports that ensure zero taxes between May and October, which has prompted Dario Balotta, president of the National Observatory on Liberalization and Transport, to ask the Italian Ministry of Transport to "bring the sector back to compliance with the rules,” as quoted in Il Fatto Quotidiano.

In a Financial Times interview, the Ryanair CEO slammed the distancing rules and proposals to take out the middle-seat on flights as “idiotic” and said that the company couldn’t operate on 66 per cent of the profits, reported in Il Messaggero.