UN report predicts world hunger to double in a year 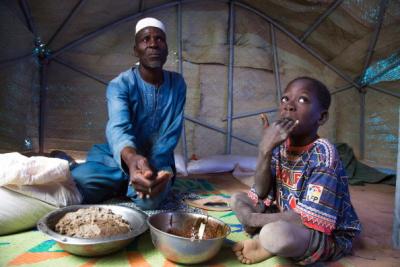 ROME – The COVID-19 pandemic could almost double the number of people suffering acute hunger, pushing it to more than a quarter of a billion by the end of 2020, the UN’s World Food Programme (WFP) warned on Tuesday as it and associated partners released a report on food crises around the world.

As projected by the WFP, 265 million people in low and middle-income countries will be in acute food insecurity by the end of 2020 unless swift action is taken, which would be up by 130 million from the 135 million in 2019, as a result of the economic impact of COVID-19.

The estimate was announced alongside the release of the Global Report on Food Crises, produced by WFP and 15 other humanitarian and development partners.  The majority of people suffering acute food insecurity in 2019 were in countries affected by conflict, climate change, and economic crises, according to the report.

The WFP’s own programmes offer a lifeline to almost 100 million vulnerable people globally, including countries in the 10 most affected by the food crises in 2019, such as Yemen, the Democratic Republic of the Congo, Afghanistan, Venezuela, Ethiopia, South Sudan, Syria, the Sudan, Nigeria, and Haiti.

The WFP’s Senior Economist, Arif Husain, said: “COVID-19 is potentially catastrophic for millions who are already hanging by a thread. It is a hammer blow for millions more who can only eat if they earn a wage,” as quoted from the press release.