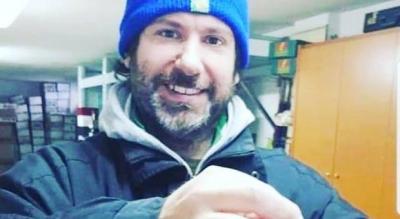 LONDON – Lucio Truono, 43, who lived and worked in the British capital for some years, died in his house last week, as reported on Saturday in La Città Salerno. Mr. Truono had hailed from Giffoni Vallepiana, in the province of Salerno, and his family members were immediately contacted by the Italian Consulate in London, report Il Messaggero.

Having initially gone to hospital with the hope of being hospitalized, Mr. Truono was given only a check by British medical staff and was sent home, where he then suffered for several days with a high fever, according to Claudio Gubitosi, founder and director of Giffoni Film Festival, who worked with Mr. Truono. Mr. Truono condition then worsened day after day, reports La Repubblica.

In a Facebook tribute to Mr. Truono, Mr. Gubitosi stated that: “Truono constantly updated his friends from Giffoni: the day before yesterday (Thursday) came the last conversation on Whatsapp, then the total darkness. It was a silence that alarmed everyone.”

Mr. Gubitosi continued to say that when the police were called to Lucio Truono’s home, the officers had to force the door open, and found Mr. Truono lifeless on his bed.

Edmondo Cirielli, the Quaestor and member of the Foreign Affairs Committee of the Chamber, wrote in a note that if sending Mr. Truono home in a feverish state had been done by the Farnesina in Italy, then “we would face a serious case of medical malpractice,” and called on Luigi Di Maio to summon the British Ambassador, reports askanews.

Mr. Truono’s death recalls that of Luca Di Nicola in March, a 19 year old chef living in London who was also cared for at home before passing away.