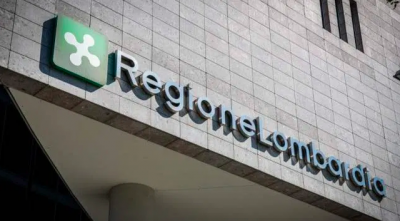 MILAN – The Lombardy Region asked the Italian national government on Wednesday to give the green light for production activities to recommence in the region from May 4, and monthly household spending was down 30 per cent in March alone, according to the Confcommercio of Milan, Monza, and Lodi. On the same day that the note was sent, however, Attilo Fontanta, the Northern League Governor of Lombardy, back-peddled by declaring that the request had been “misinterpreted,” and stated that “we do not allow ourselves to talk about productive activities, which are the responsibility of the central government," as reported in La Repubblica.

While the death rate remained high in Italy at 578, there were only 2,667 new cases in Italy over the past 24 hours, meaning that the increase in the contagion rate has slowed to 1.6 per cent, according to data from the Civil Protection Agency.

However, concerns remain about the continued concentration of the contagion in Lombardy. Paola De Micheli, director of the Milan Health Protection Agency (Ats Milano) has said that nobody knows how many people are infected in Milan and Lombardy. "For some weeks now we have been seeing six or seven cases on the sample of 1000 we check. Making a projection in the order of 60,000 to 70,000 cases in Lombardy," she said, as quoted in La Stampa.

Government ministers have described the Attilo Fontanta's Wednesday request to the Palazzo Chigi as “pure propaganda” to distract from regional failures that have not occurred in other regions such as Puglia, Molise, Campania, Lazio, Veneto, Tuscany, or Friuli, report Il Messaggero.

One such example would be the tragedy of the care home where 143 elderly guests died and where workers had made complaints of a lack of personal protection equipment (PPE) and negligence surrounding health safety protocols, which on Tuesday led to the seizure of documents from the regional administration by the Financial Police unit, Il Fatto Quotidiano report.

Questions have therefore been raised not only about Mr. Fontana, but also about the regional concillour in charge of the regional administration, Guilio Gallera, as to why there has been such a high death toll, reports Correire Della Sera.