Serie A teams gear up to restart training sessions 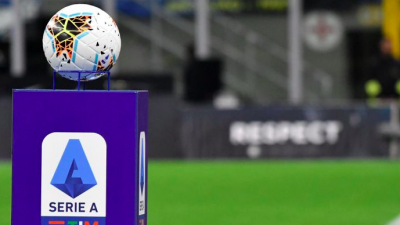 ROME – Serie A football clubs have started to plan training sessions in their sports centres, with a possible start date of May 4 being mooted if the Italian government decides to execute Phase 2 of the coronavirus emergency and lift lockdown restrictions on business, reports La Stampa. However, the government decree, updated Friday, reaffirmed that currently “sporting events and competitions of all orders and disciplines are suspended,” and that “the training sessions of professional and non-professional athletes are also suspended within all types of sports facilities."

The FIFA President, Gianni Infantino, was unequivocal. “No game is worth the risk of a human life. Everyone should keep this in mind. It would be irresponsible to restart if the situation is not 100 per cent sure," he said, as quoted in Il Messaggero.

The Italian Technical-Scientific Committee are carrying out a risk assessment to protect not only the players, but also all those who are involved in Serie A. Staging games are thought of as being far more problematic than allowing a return to training, although as a contact sport the risk of transmition remains even during football training, reports La Repubblica.

One proposed plan would see medical checks on players from the end of April, with the possibility of resuscitating the Seria A championship from May. 30 or June. 2, reports Corriere Della Sera.

Italian football clubs also compete in the Champions League, which was initially scheduled to restart on May. 30 before being pushed back to an unspecified time in the summer, when 14 days of matches behind closed doors could be organised, report La Stampa.