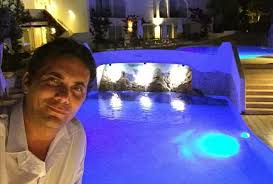 ROME – Italian businessman, Antonello Ieffi, 42, was arrested on Thursday morning on charges of allegedly defrauding the state and winning a contract worth over 15 million euros for the supply of 24 million masks, the first tender of many amounting to a total value of 258 million, according to judicial sources. Over the course of a 20 day investigation, prosecutors uncovered an alleged operation to profiteer without being able to secure the masks in the time required, and without the money to pay for it.

On Thursday, the number of Italian doctors to have died from COVID-19 rose to 100, according to the daily updated list published by the National Federation of Medical Orders. Protecting healthcare workers with masks remains an essential task, and the coronavirus emergency looks far from over. Although those cured of the virus over the last 24 hours was 2,099 compared to the 542 dead, those infected increased by 3,836, bringing the total of current positive cases in Italy to 95,262. Of this figure, 12,681 are health care workers.

On March 12, the ‘Biocrea Limited Liability Agricultural Company’, owned by Mr. Ieffi until Feb. 19 when he sold the shares to one Stefania Verduci who is now also under investigation, was under contract to supply the first three million masks within three days of placing the order, report Corriere Della Sera.

Even after this batch of masks was skipped, Mr. Ieffi tried to win another public contract, this time for the supply of gloves, protective goggles, protective suits, and sanitizing solutions, contracts worth in total over 73 million euros, reports Libero Quotidiano. On March 20, the contract was terminated and a complaint filed with the Public Prosecutor of Rome.

A wiretapping investigation by the Finance Department, coordinated by Deputy Prosecutor Paolo Ielo, confirmed Mr. Ieffi's skulduggery and recorded him talking about using his contacts in China, in what was described as a gamble with public health, especially given that Biocrea has no experience in the healthcare sector, and was without the employees, structures, or capital, to complete the contract.

Moreover, Mr. Ieffi "tried to cover up the traceability of Biocrea” and “appointed a mere figurehead as director," explained the Guardia di Finanza, as quoted in Il Fatto Quotidiano.

The investigation also brought to light Bicorea’s previous tax violations worth over 150 thousand euros, and that two of Mr. Ieffi's partners in a brokerage firm are involved in drug dealing and money laundering associated with the mafia, reported La Stampa.

Mr. Ieffi, who has been described as an infamous lover of money, women, and cars, had never been charged before April 9, but has been subject to a series complaints surrounding fraud, embezzlement, and invoice issues for non-existent operations in the past, report Il Gazzettino.